“For airports, neutrality has been the ultimate target for quite some time.” 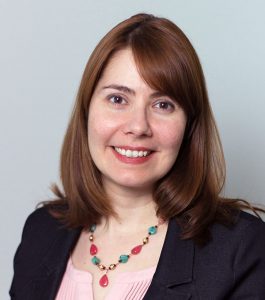 Indeed, the WEnSC supports the development of ACI policies and the sharing of best practices which support the membership to further develop their environment sustainability stewardship. In addition, ACI has several programmes and services dedicated to helping its members with their environmental stewardship, which will also support them to work in collaboration with the industry to achieve its goals.

ACI offers the Airport Carbon Emission Reporting Tool v.5.1 (ACERT) free of charge, to help airports measure and manage their CO2 emissions and measure the CO2 emissions of third parties at the airport. Initially designed by Transport Canada, the tool can be used by all airports, even those without staff expert in the environment. As well, the outputs from ACERT can then be used as a basis for application to the Airport Carbon Accreditation (ACA) programme and also to support engagement with other stakeholders.

ACI also has another tool, the Airport Ground Energy Systems Simulator (AGES-S), that helps airports quantify the environmental and economic benefits of reducing the use of aircraft auxiliary power units by replacing them with a more efficient ground energy system. The tool was designed by Zurich Airport to help ACI members create business cases for investment in AGES-S.

We also offer a host of guidance material found on our publications website. These include Combatting Illegal Wildlife Trade, Airports’ Resilience and Adaptation to Changing Climate, ACI and CANSO’s Managing the Impacts of Aviation Noise: A Guide for Airport Operators and Air Navigation Service Providers, and Guidance Manual: Airport Greenhouse Gas Emissions Management.

Building on the success of the ACI Airport Excellence (APEX) Programmes in Safety and Security, in 2020 we are planning to launch the APEX in Environment programme. Pilot studies have been conducted since 2018. The programme is being designed as a voluntary peer review process which will help participating airports meet ACI best practices and ICAO guidance and recommendations. A dedicated Task Force of the Committee has been supporting the development of the programme.

How will climate change affect the way we use airports in the future?

This depends on how well and how quickly the world and all industries, not only aviation, is able to reduce their carbon footprint, promote environmental stewardship, and work to become more resilient to the impacts of climate change. However, it will undoubtedly involve more sustainable means of travel.

Passengers will travel in airports that will offer more eco-friendly designs, that increasingly use more renewable sources of energy, sustainable fuels for their vehicles, and electric ground support equipment. The airports will increasingly have reduced aircraft taxiing and aircraft turnaround times, and will provide more efficient sources of energy to reduce the use of auxiliary power units while the aircraft is at the gate. Airport infrastructure and operations will be conceived and implemented to effectively withstand the potential impacts of climate change and to quickly recover from extreme weather events. Business continuity models will be put in place to ensure efficiency.

Collaboration among stakeholders will be essential to forge a more sustainable and resilient mobility overall to our passengers; integration among different and more efficient means of transportation will become more common. Of course sustainable aviation fuels (SAF) should be a game changer for airlines and passengers. Working in collaboration with airlines and other stakeholders to provide SAF at airports is one way that airports can support the commercial deployment of SAFs. Finally, in the long-term, we hope that electric aircraft will pave the way for a more sustainable future for the sector.

Are airports currently considering the potential impact of climate change on their infrastructure and including any kinds of measures in their Master Plans?

I think that this is a growing trend as the world begins to prioritize climate change. Most airport infrastructure was designed and constructed in the era when climate variation was not as appreciated as it is today, and adaptive measures were not readily available. However, with more studies presenting the financial and economic benefits from introducing preventive measures, ACI Resolution 3/2018 Encouraging Airports to Take Action On Resilience and Adaptation to Climate Change recommends that airports consider taking into consideration the potential impact of climate-change as they develop their Master Plan, to conduct risk assessments and develop and incorporate actions based on their risk and criticality assessments.

ACI’s Policy Brief: Airports’ Resilience and Adaptation to a Changing Climate, provides a matrix of climate stressors and potential impacts on infrastructure and operations. In addition, it offers a database of practical examples and case studies of airports that have already started working on the issue.

Moreover, ACI has launched a survey on Resilience and Adaptation to Climate Change to its entire membership. More than 120 respondents representing around 250 airports have responded. The survey results are currently being analysed and should help define ACI’s next steps in supporting its membership.

Finally ACI has been actively supporting the work of ICAO’s Committee on Aviation Environmental Protection (CAEP) on resilience and adaptation. A synthesis produced by CAEP is expected to be published this year.

The Airport Carbon Accreditation programme was launched more than ten years ago. How has it influenced the progress airports have made in decreasing and eventually neutralising their carbon footprint?

Indeed, in 2019, we celebrated the 10th Anniversary of ACA. The programme has been extremely successful since its very launch, and expanded from an initiative addressing the most progressive European airports to a global carbon management standard. As of January 2019, ACA boasts 296 accredited airports in 70 countries worldwide, representing close to 43% of worldwide air passenger traffic.

ACA helps airports address their CO2 emissions and the emissions of third parties in a variety of ways, including increasing the use of renewable sources of energy and working with airline operators and air traffic management to reduce aircraft taxi times, and supporting more environmentally efficient take-off and landing procedures. The emphasis is on airports reducing their own energy requirements, and on working with airlines, air traffic management and other stakeholders at and around the airport to reduce their emissions. Lastly, airports can use high quality carbon credits to offset their remaining emissions to become carbon neutral. As of January, ACA has 62 carbon neutral airports.

Can you tell us about the ACI’s work on collecting data on airports’ resilience and adaptation challenges to better inform the organisation’s guidance and work through the ACI World Environment Standing Committee?

As mentioned before, the ACI Adaptation Survey is a new initiative that we’re very excited about. The survey includes questions on climate impact, vulnerability assessment, financial disclosure, insurance premiums, and capacity building. Data is currently under analysis and we hope to release the findings this year.

You are also an ACI Observer to the ICAO Committee on Aviation Environmental Protection (CAEP). What are the latest global measures established by this Committee to address aviation’s environmental impact?

There are several. CAEP has successfully completed its last cycle in 2019 with initiatives on adaptation, non-volatile particulate matter, performance-based navigation (PBN), community engagement, the Eco Airport Toolkit E-Collection, and Carbon Offsetting and Reduction Scheme for International Aviation (CORSIA) among others.

In terms of recent measures established by CAEP, CORSIA was developed and agreed to be the gap filler for carbon neutral growth from 2020. One of the main reasons CORSIA has received massive support from the industry is because it avoids a patchwork of measures. This would have made it extremely challenging (almost impossible) for airlines to comply with different schemes around the globe. Market distortions would also come into play if different schemes had been introduced. CORSIA is an excellent example of industry collaboration and leadership.

The last major development was the decision at the last ICAO Triennial Assembly to prioritize an aspirational  Long-Term Goal for international aviation. This followed a paper presented at the Assembly by ATAG on behalf of the industry (including ACI), encouraging the prioritization of this work.

The scientific and political developments of the last years, in particular the adoption of the Paris Agreement and the IPCC Special Report from 2018 prompts everyone to do more in regard to combatting climate change.

For airports, neutrality has been the ultimate target for quite some time. We are starting to move beyond this now with the net zero commitment from ACI Europe and the new ACI World study which will consider a global net zero target. Net zero would require that airports – at the very minimum – have the availability of renewable sources of energy, and more efficient vehicles and ground support equipment. So we look forward to contributing to ICAO work via our Observer role on CAEP and by other means as well.