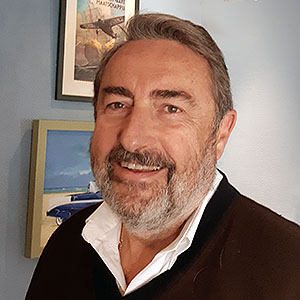 On December 20, 2010, a group of engineers, pilots, doctors, journalists, crew members, photographers and aviation enthusiasts had concluded, through the corresponding Founding Committee, the process of creating the Spanish Aeronautical Society (SAE).

Casa de América hosted the public presentation event of this initiative, which arose from the concerns its members felt when comparing the domestic situation with the strong presence of aeronautics in other neighboring countries.

The national aeronautical group, its professionals and companies, have built and operated world-class infrastructures, airplanes and gyroplanes, created transport systems, designed satellites and rockets,… advances that the Spanish society must learn about and value, due to their current importance and commitment to the future.

To this end, during these ten years of existence of SAE there have been many promotional events, book presentations and other similar events. Face-to-face or video conferences on aeronautical, historical or current topics stand out however, since they have covered a very important part of our activity.

These current topics, including those related to the ash crisis after the Icelandic volcano eruption in 2010 or the event held on the Iberia-British Airways merger, were widely followed; in addition to other events dedicated to space exploration, suborbital transport, airports in Spain, the Single European Sky initiative, Spain’s national industry, air transport in Spain, the EU SESAR Program or seaplanes, and those aimed at children as part of the “Air Month” series.

More recently, in February 2020 we had addressed the problem of environmental taxation in air travel in the series of events on air transport and climate change, with contribution from and the invaluable collaboration of Andersen, Tax and Legal, the ALA airlines association and AESA.

For more information on our activities and opinions on blogs, I invite you to visit our official website www.sociedadaeronautica.org or our social media channels.

I would not like to conclude without underlining the importance of the addition of new associates and supporters. Therefore, from this platform kindly provided by AERTEC, I encourage you to join our ranks and collaborate to give a new boost to our activities.

I trust the next years will be more kind to everyone and, especially, our aviation. From us at SAE, I send you a warm greeting.