Challenges faced by AEROCIVIL in this four-year period 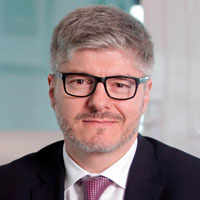 The aviation industry is a fundamental factor in the economic, social and competitive development of our country. Despite being notoriously lagging behind for many years, at least in terms of its airport and aeronautical infrastructure, nowadays, under the leadership of President Iván Duque, Colombia is experiencing changes that are advancing rapidly, which will allow us to mobilise more than 100 million passengers and double the current cargo by 2030.

Colombia has shown dynamic and sustained growth, with a growing trend in recent years.

To meet this major challenge, Civil Aeronautics identified six lines of action to develop between now and 2030: connectivity and competitiveness, infrastructure and environmental sustainability, operational and civil aviation safety, aeronautical industry and the supply chain. With these six lines of action, it aims to meet all the needs generated by the aviation industry.

Technological progress and operational improvements must also be committed to the environment. To address this, one of the goals is for 20% of Colombian airports to have international certifications in environmental matters.

There are several challenges: better planning in order to take advantage of available resources for airport modernisation, and greater competitiveness of the industry, with a review of the tax burden imposed on airlines. In short, it involves joint work between several agencies, a task that must be carried out with a flexible approach because, as in many industries, adaptation to change represents the path to fighting against uncertainty.

To meet this need, in 2017 the Colombian government began the modernisation of 18 regional airports, which contributed to the national market becoming the third largest in terms of international passenger traffic (behind Brazil and Mexico).

In terms of competitiveness, we aim to develop public policies and strategies that strengthen the productivity factor of air transport and stimulate services for the growth of our civil aviation. In this regard, one of the points that should be considered is how to simplify and rationalise the framework of air transport costs associated with the tax burden, parafiscal charges and surcharges, which would undoubtedly result in more alternatives in terms of air connectivity for users and, therefore, greater economic benefits.

Colombia has shown dynamic and sustained growth, with a growing trend in recent years: the passenger air transport market tripled in the period between 2005 and 2017, going from 12 million passengers in 2005 to 36 million passengers in 2017, with an average annual growth rate of 8.6%. Therefore, the historical behaviour of the industry over the past two decades and the expectations of economic growth allow us to predict that by 2030 the market will exceed 100 million passengers.