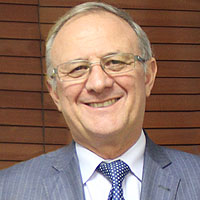 Corporación de la Industria Aeronáutica Colombiana has been an essential factor in driving forward the development of Colombia’s aerospace industry by attaining manufacturing and maintenance capabilities.

Our manufacturing experience commenced with the company AICSA (Aeroindustrial de Colombia, S.A.), with which we had the capability of manufacturing aircraft like Piper aeroplanes for the Andean Pact until the 1990s. Subsequently, in 2009, we began to manufacture 25 Calima T-90 aeroplanes, a primary leisure aircraft manufactured with composite materials (carbon and glass fibre) for Colombian Air Force pilots. These aeroplanes are among the lightest aircraft having the greatest mechanical resistance.

We are working hard on the future of Colombia’s aerospace industry in the generation of innovation and development projects.

One of CIAC’s industrial achievements includes the granting of a certification by the company Embraer to modernise the Colombian Air Force’s Tucano T-27 aeroplanes. This makes Colombia the only country, apart from Brazil, with the capability to perform this activity on these training aircraft.

We are working on the production of three remotely-piloted aircraft development projects to aid in the country’s innovation and development efforts. The first of these is called the Équites UAV, an aircraft which will allow troops to guard territory within a 10-kilometre perimeter. The second is called Quimbaya, a UAV that seeks to supplement surveillance and security needs at places of strategic interest for a country. The last is called Atlante II, a development being carried out jointly by the Spanish and Colombian governments along with the companies Airbus and CIAC, which is aimed at meeting the needs of both countries’ armed forces. We are also seeking to export it to other allied countries.

Aircraft maintenance has been one of our main activities right from the very start. We can currently perform maintenance activities on the different kinds of aircraft used by the armed forces and the civil sector like the B727 and B737. We also carry out Programmed Depot Maintenance (PDM) on the Colombian Air Force’s (FAC – Fuerza Aérea Colombiana) Hercules C‑130s, thereby allowing us to offer more extensive maintenance services than the region’s other armed forces. Structural repairs and UH-60 Black Hawk helicopter maintenance constitute one of the most significant advances in the country’s industry.

This experience and the capabilities we have attained have enabled manufacturing firms like Airbus Defence and Space to certify us as an MRO services centre for CN-235 and C-295 aircraft.

We are therefore not only seeking to carry on supporting the armed forces, but also to support commercial companies by converting ourselves into a maintenance centre for ATR 42 and A320 aircraft.

We were granted certification in the specialised EN 9100, EN 9110 and ISO 28000 standards with the view to offering and exporting outstanding service levels. At CIAC, we seek to cater for international markets and generate strategic alliances with manufacturing companies like Airbus and Embraer, and thus to make a contribution to the global aerospace industry’s value chain.

We are working hard on the future of the country’s aerospace industry, viewing Corporación de la Industria Aeronáutica Colombiana as a driving force in the generation of innovation and development projects that will support the participation of Colombian and foreign companies in the sector’s value chain.