AI and the future of aviation 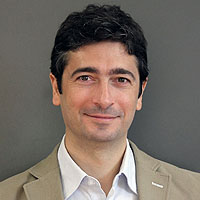 Artificial Intelligence (AI) is one of those terms which seems to be in everybody’s minds lately.

AI is usually defined as intelligence exhibited by machines. Some may say that AI is just a set of rules for machines to act on based on a set of possible inputs. If this is the case, AI has existed for a long time. As we pack more rules in and cover more possible inputs, AI gets smarter.  However, the application of concepts such as deep learning is allowing machines to learn or adapt to new conditions by themselves. This has been enabled, and is being powered, by the ever increasing processing power of silicon electronics and the ability to harvest massive amounts of data for computers to process, analyse, and categorise.

As much as it may hurt our pride as humans, machines are better.

Applications of this concept are vast. Driverless cars, personal assistants, automated investment banking and assisted medical diagnosis are only a handful of the many applications that are currently being or will soon be enabled by these new developments. So the question is how, or rather when, will this apply to aviation?

Aviation is one of the most heavily regulated industries in the world. Reasons for this being related mainly to safety. Aviation history has been built on top of countless incidents, which have led to the construction of rigid sets of rules which have helped the whole industry provide the safest way of transport per mile travelled. Aviation incidents are few and far between, and are getting rarer every year, even if they always tend to make the headlines.

Some degrees of automation have indeed helped get aviation to where it currently is. But human control and intervention have always been at the heart of it, from pilots to air traffic controllers. This however, is bound to change.

The consensus is that driverless cars are around the corner. If a car can drive itself around other vehicles, pedestrians and other fixed and moving objects, what prevents planes from flying themselves? Air freight seems to be the obvious entry point for pilotless planes, just as driverless trucks are about to disrupt the ground transportation industry.

A-SMGCS Level 4 is relatively unheard of concept, currently introduced at a few major airports around the world. A-SMGCS works by feeding all sorts of information from many different sources to a system which can make sense of all the data and help the controllers guide planes on the ground. Where this system is implemented, the foundations for AI being in control of ground movements are already in place.

The catalyst for the paradigm shift in aviation, from human-centred to machine-centred control should be what has historically made flying so reliable: SAFETY. As much as it may hurt our pride as humans, machines are better and will get even better than us at many mundane and not so mundane tasks. It is only a matter of time until we can build autonomous systems which can fly us from A to B.  The moment we do we will be making flying safer, faster and more efficient for all of us to enjoy.