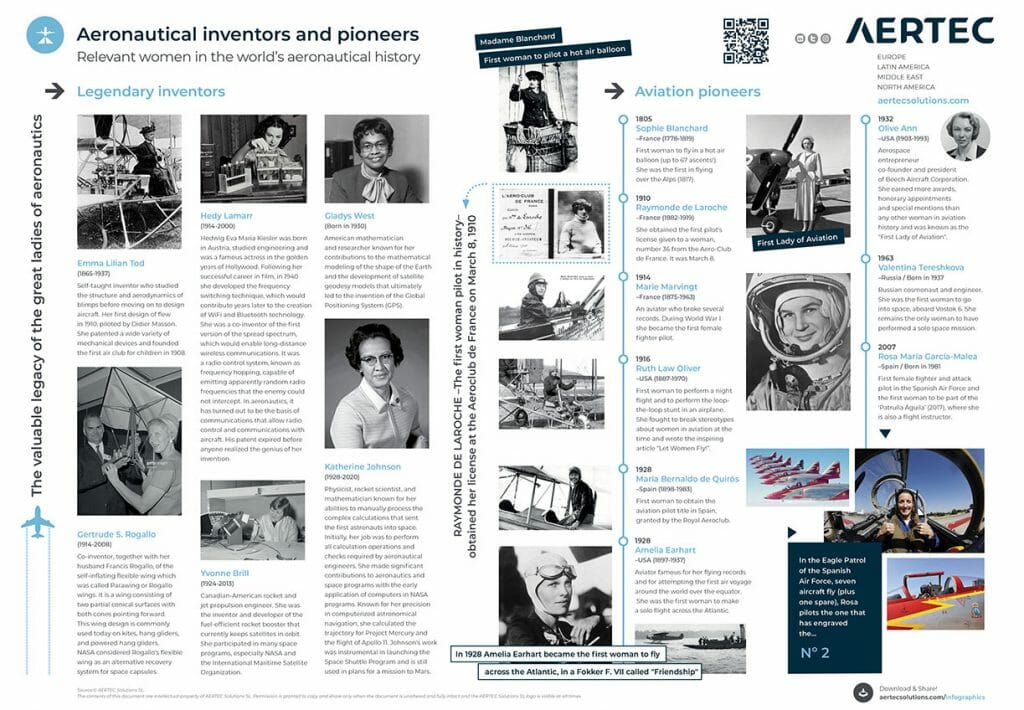 From the beginning of the 19th century, aeronautics experienced a more notable advance, first with lighter-than-air aircraft and, from the beginning of the 20th century, with the development of airplanes in all their variants. All this coincided with moments in history in which women had a more restricted social participation. In fact, it was not until 1893 that women voted for the first time in the world, in New Zealand. Only two years earlier, Otto Lilienthal had launched himself in a glider featuring basic flight controls. In Europe, women’s voting did not arrive until 1906, in Finland, just at the same time that Santos Dumont flew for the first time in Europe with a heavier-than-air aircraft.

In this context, the contribution of women in a field that, like aeronautics, was taking giant steps, was very limited.

However, there were women who lived their aeronautical vocation with passion, overcame barriers and were first-hand protagonists of significant advances that we all enjoy today. In this infographic, we mention some of those women and their contributions to the development of the aerospace sector.

The contents of this document are intellectual property of AERTEC Solutions. Any copy or diffusion is allowed as long as it is integrally done to the document and preserves at all times AERTEC Solutions’ trademark