When the aeroplane we’ve been flying on lands at the destination airport and we walk towards the terminal, it is more than likely that we won’t think about the amount of waste we’ve left behind in the aircraft’s cabin. Of course, neither do we think about what is subsequently done with that amount of rubbish.

A recent IATA study estimated that each passenger generates an average of 1.43 kg of waste on each flight. The exact amount, which varies between 0.83 kg and 2.5 kg in each case, depends on a variety of factors including, among other things, the flight’s duration, the class we are flying on or whether or not it is a low-cost flight.

If we take into account that 3.7 billion passengers took an aeroplane in 2016, a quick mathematical calculation indicates that around 5.29 billion kilograms of rubbish were generated by all of them.

Another question we don’t usually ask ourselves has to do with the greywater and sewage; in other words, the water from kitchens, lavatories and toilets. Many people think they have to be careful when an aeroplane flies overhead, believing they could be subjected to an unexpected shower, but nothing could be further from the truth.

For their part, waste recycling and the reuse are practices that are increasingly being implemented as usual procedures by airlines around the world.

We have compiled much of this data and curious facts in an interesting infographic which can us help gain a better understanding of the complex systems and procedures that can be found in an aeroplane. In this case, those which deal with the waste generated on a flight. 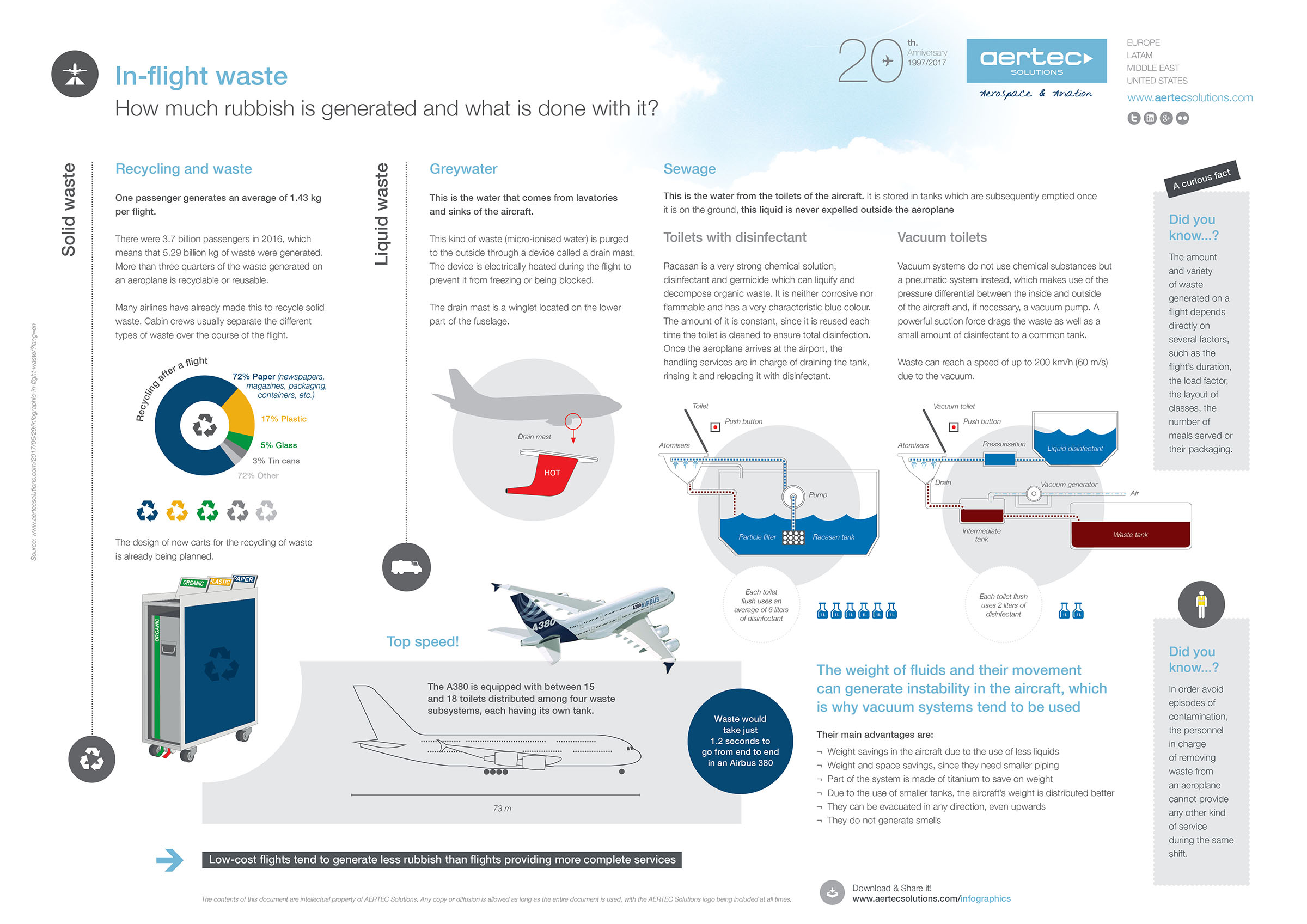