Infographic / 50 years since man landed on the Moon 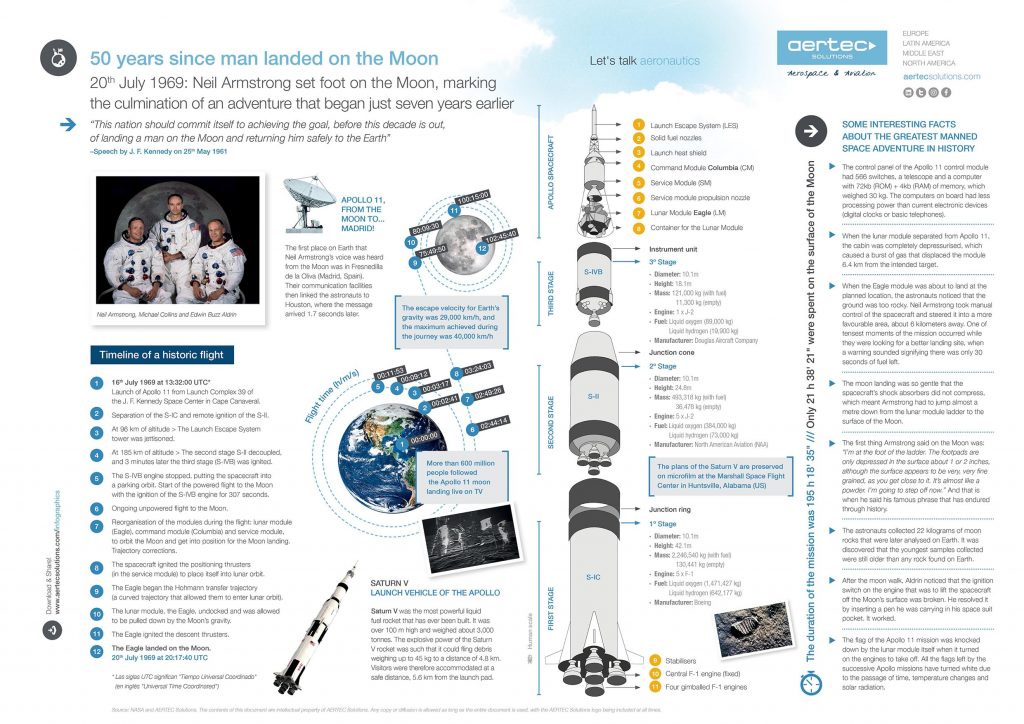 Half a century ago, on 20th July 1969, we set foot on the Moon for the first time. It was an event that marked an entire era. Looking back after all this time, many people may not fully comprehend just what an incredible feat for mankind that space adventure was. It was one of the riskiest and most uncertain expeditions in human history.

In a little less than a decade the United States government made a political decision to take a man to the Moon and bring him back to Earth. It was an issue that, beyond political, military, social or even economic expediency, represented an incredible technological challenge. The data processing capabilities of computers on board the Apollo spacecraft are often equated to those of old, now-outdated mobile phones – and that is a fair comparison.

In this infographic we have compiled some of the information that, in our opinion, could be considered key in the development of the Apollo 11 mission, as well as a good number of facts that we are sure you will find interesting.

New manned missions to the Moon are already underway. Today, almost everything is different: we have better technology, greater computer capacity, new materials… but the uncertainty that underpins such a great adventure remains just the same.