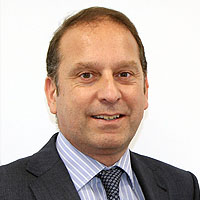 On July 30th, 2020, the Perseverance mission to Mars was launched. The launching date was precisely chosen to take advantage of a very limited temporary window of only a couple of weeks which is only generated every 26 months when the Earth and Mars are on the same side with respect to the Sun and therefore allow unimpeded communications during the 7-month transit time of the spaceship. The arrival of the Perseverance mission to Mars is planned for February 18th, 2021.

The Perseverance Mission represents a qualitative leap in the exploration of Mars that includes for the first time the use of a drone named Ingenuity.

This mission is the continuation of the Mars space exploration program carried out by NASA through missions especially known for the probes sent to its surface such as Viking 1 and Viking 2, Pathfinder, Polar Lander, Opportunity, Curiosity, and many others equally important but without so much media hype simply because they have not landed on Mars but have remained in its orbit conducting remote explorations of its surface and atmosphere.

The Perseverance mission will place on the Martian surface a new rover (remote-controlled surface vehicle with a high capacity to make autonomous decisions) that represents a true quantum leap in the exploration of Mars in addition to the practical application of many lessons learned in previous missions.

Such is the number of improvements and new capabilities incorporated and grouped into a single mission that only a few of them can be covered in this article.

One of the most relevant figures to assess the dimension of this mission compared to the previous ones is that the Perseverance rover weighs 1,025 kg, which is roughly 6 times more than the Opportunity rover sent in 2012 (180 kg). This difference means that the (relatively simple) landing system with airbags cannot be used. On this occasion, the so-called Skycrane system will be used, consisting of an initial braking parachute that is released when the descent vehicle supported by retrorockets is activated and from which the rover hangs by slings with small detonating charges at its ends. When the descent vehicle reaches a sufficient height for the rover to land smoothly on the ground then the slings are released from their restraints and the descent vehicle increases its power for a few seconds to briefly ascend obliquely and finally drop back down away from the rover.

The media star of the Perseverance mission (at least from an aeronautical point of view) is the Ingenuity drone.

Ingenuity is a 2 Kg drone with a prismatic central body the size of a soda can and counter-rotating blades almost a meter in diameter. It is carried under the belly of the rover which places it on the ground. Then the rover moves several meters away to clear the area. As communications from Earth have a latency of about 20 minutes due to the distance to Mars, direct control of the drone is not feasible and therefore it is the rover itself that takes the control of the drone. Additionally, Ingenuity has its own flight envelope and stabilization system with gyroscopes, accelerometers, altimeters, and a terrain comparison camera that allows the drone to identify and track its movement over the ground.

The main mission of Ingenuity is to carry out distant support scans for the rover and it will become the first aircraft to fly to another planet.

The challenges for Ingenuity’s design are staggering. For starters, the Martian atmosphere is incredibly thin compared to that of Earth. It is barely one hundredth the density of our atmosphere which makes aerodynamic flight (sustained flight on aerodynamic surfaces) almost impossible. As a reference, the Martian atmosphere has approximately the same density as Earth’s atmosphere at a height of 35 km where no aircraft can actually fly by means of aerodynamic lift (the maximum height ever reached by an aircraft is 25 km with the SR-71 Blackbird) .

On the positive side, Martian gravity is only 30% of Earth’s. Combining all the factors, it has been calculated that, with an extremely light configuration of the drone, with anti-rotating blades (with the advantage that the lower blade works on air already compressed by the upper blade) and with blade speeds of up to 3,000 rpm (about 10 times the speed of the blades of a helicopter) will be able to make controlled flights of up to 90 seconds (plenty of time for that kind of flight)

Its solar panels will take a full Martian day to recharge its battery equivalent to 3 mobile phone batteries (of which only 30% is used for the flight while the remaining 70% is used to keep the system warm) allowing up to a daily flight between 3 and 10 meters high and about 300 meters away.

The Ingenuity sub-mission is considered high risk, but also high result. That is, if the mission fails it will not affect the outcome of the main mission and if it is completed it will lay an important technical foundation for future exploration vehicles in areas that until now could not be reached with rovers.

This mission mainly seeks current or past conditions compatible with the generation and sustainability of life.

One of the great contributions of the Perseverance mission is that it is fundamentally astrobiological, that is, it aims to search for current or past conditions that can support life forms (for more details see the article “Water on Mars”).

The landing point is located inside the Jezero crater. The reason for choosing this area (which goes against the immediate logic of doing it in a flat and wide area rather than in a depression surrounded by walls that will limit the future movement of the rover) is because it was produced by a large impact that made heavy minerals rise to the surface from its depth. The crater was later filled with water and it is highly probable that underwater vents formed. This directly connects with the probable origin of life on our planet, which began precisely in underwater vents in which the combination of continuous supply of thermal energy, complex organic elements and agitation of the environment for millions of years gave rise to the first self-replicating molecules that over time they would evolve into protocellular forms.

In the areas of maximum interest, Perseverance will drill the terrain obtaining samples that will be analyzed for traces of life as in previous missions, but as a novelty in this case they will also be stored in capsules to be collected and sent back to Earth by other missions.

This set of studies will be of the highest quality in the study of possible signs of life on Mars that will also allow to specify the characteristics of future candidates for habitable planets.

It is worth noting the subsystem MOXIE developed to produce oxygen from the majority gaseous carbon dioxide in the Martian atmosphere (90%). If this equipment works properly and with the expected efficiency, it will validate an unprecedented capacity that is absolutely necessary to prepare for manned missions to Mars. On the one hand, it will make it possible to manufacture the necessary oxygen for future Martian bases and for crews to travel back to Earth and, on the other hand, it will also make it possible to produce the oxidant necessary for the engines on that same return journey with the corresponding savings in resources that will translate into greater crew capacities and greater safety in the operation in general.

Perseverance also includes a sub-system of Spanish origin developed by INTA called MEDA (Mars Environmental Dynamics Analyzer) (click here) consisting of a dozen radiation sensors, humidity, temperature, pressure, wind, etc. with which the quality of the Martian air and its atmospheric conditions will be characterized in great detail to the point of daily carrying out a particle size profile in suspension which, combined with the above, has special relevance in determining the conditions of future human settlements.

The list of experiences, sensors, tests, and results expected from this mission in addition to those mentioned is almost endless. From testing different textile fabrics for future spacesuits to using pulsed lasers to vaporize the terrain and analyze the chemical composition of the gases given off, all well equipped with multiple video cameras at all possible angles to record all movements both outside and inside the rover. It has even been decided to incorporate microphones to record the sound of Mars and from the actions of the rover (if there is an atmosphere there is also airborne sound transmission.) The recording of sounds in Mars is at least a scientific curiosity but its relevance can now be evaluated.

Wrapping up, Perseverance and Ingenuity will probably be a trending topic in February. So, remember to be aware for the historic first aircraft in flight on another planet (…and also take advantage of this article to show off to your acquaintances when they come to you commenting something about it when the news starts to flood all media in February.)