A proactive approach to airport security 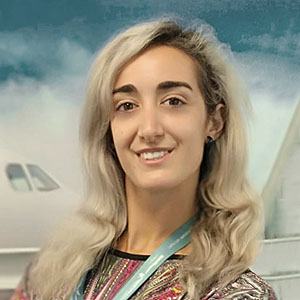 Large airports can resemble small cities, and due to multiple logistical reasons they are a potential target for illegal activity on a variety of different levels. Firstly, they transport a huge number of people and goods every day, and their economic impact is highly significant. Secondly, they usually have highly programmed operations. Thirdly, they are widely disseminated in the media due to their global nature. And last but not least, they are public facilities that offer a public service, and their protection involves a high degree of complexity. Air transport is therefore a challenge when it comes to providing adequate physical, personal and operational security – a challenge that, as explained below, every day faces and meets an increasingly rapid positive escalation in results.

The key challenge we are facing right now is to evolve from the traditional reactive nature of security to a proactive and predictive position that can anticipate any new threat and mitigate that threat before it materialises.

Physical safety at airports – that is, airport security – was conceived and has progressively matured throughout the history of aviation. From the beginning of aviation to the present day, security has progressed from small rudimentary checks to the current exhaustive controls on luggage, people and vehicles that are going to access any of the security restricted areas of an airport, whether to take a flight or for any other reason (employees, utilities, etc.).

However, if we look at the history of events, it is undeniable that threats have always been one step ahead of the defensive barriers. In other words, the implementation of new security measures and new plans that provide suitable security against people who aim to carry out acts of unlawful interference (whether for political or any other reasons) has become effective as the need for protection has been detected.

This traditionally reactive approach, under which airport security was originally conceived, can be illustrated by describing some of the most important events in the history of aviation in terms of security, as they have signified turning points in security and have been translated into new security measures or procedural changes adopted in the applicable regulations:

The real question is, what can be realistically and feasibly done to address threats to air transport in its current context?

This question has already been asked some time ago in aviation, and its answer undoubtedly lies in the approach to security mentioned above. The key is to evolve from the traditional reactive nature of security to a proactive and predictive position that can anticipate any new threat and mitigate that threat before it materialises. Another essential aspect is to review the characteristics of the airport environment that make it a target for acts of unlawful interference, with the aim of turning them around in favour of security.