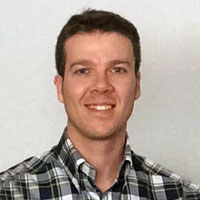 Back in the Middle Ages, even with tens of kilometres still separating travellers from their final destination, they could already glimpse the imposing cathedral building with its high towers and pointed spires silhouetted on the horizon. Those medieval buildings do not owe their existence solely and exclusively to religious worship. Beyond that primary function, they were promoted as milestones of contemporary modernity – symbols of institutional and territorial power, and a letter of introduction and farewell to strangers. There was continuous and fierce competition throughout the whole of Europe, which promoted creativity and technique in construction.

Despite the obvious differences in their usual functions, cathedrals and airports share the mission of impacting those who visit them.

The era of cathedrals is over, and in the 21st century new airport terminals seem to have taken the lead as promotional buildings, iconic and representative of where they are built.

Gone are those first airports, where a small passenger building was deemed sufficient to provide customer care and services, baggage check-in and flight information.

The enormous complexity being achieved by airport infrastructures, and their powerful establishment in the area, have made airports one of the main tools for promoting and enhancing the image of the city, country or even political regime that builds them. They are, after all, the first and last thing a visitor to the area will see, and could be a key element in the impression it leaves on travellers.

Aware of all this, and already immersed in worldwide competition, large international airports seem to have revived the old competitiveness between cathedrals in order to gain a place in this globalized world.

Of course, when designing a new airport, it is necessary to start from a functional solution, with a clear idea of providing for and covering all needs required by the sector and air traffic. This is becoming increasingly complex, involving more and more requirements that need to be met. However, in addition to this, the terminal must also meet the condition of being a powerful iconic building – something that is already inherent to this type of infrastructure.

Governments all over the world are encouraging large architecture firms to participate in the planning and design of new facilities, capable of having a major impact on travellers and of leaving a mark at an international level. You only have to skim through the latest news to see that airport design and construction is in full swing on the international landscape.

The prestigious architect Sir Norman Foster, a highly acclaimed expert in airport design, is the designer of two of the largest airports currently being built in the world: Beijing and the new international airport CDMX in Mexico. The latter project is the largest infrastructure to be built in Latin America.

In both cases, in addition to the characteristic and spectacular high-tech design that distinguishes this architect, there are also allusions to national symbols, such as the Chinese dragon and the Mexican eagle and snake.

Istanbul boasts of what will be the largest airport in the world under one roof: it will be almost one million square metres in size, and was conceived as a great gateway to modern Turkey – quite a declaration of intent.

These examples are remarkable for their size and international projection, but there are of course many other airport projects at international destinations in which the architecture is fully involved in the configuration of these large containers, experimenting with and implementing new designs, structure types, envelope systems, control of natural light, sustainability, mobility, interior design, etc.

These are terminals intended to have a quasi-mystical impact on users and visitors, similar to what may have been experienced by those who long ago ventured into the impressive cathedral domes bathed in light filtered through stained glass windows. Both cathedrals and airports alike strive to lift us up to the heavens.