New aeroplanes that will take to the skies in 2017

Around ten new aeroplane models will see the light of day in 2017. Some of them are totally new. Most, however, are updates, re-engined variants, new models or enhancements of already existing aircraft. The priority in all these cases is to show the market that these new versions involve a significant step forward in the aircraft’s efficiency. As a matter of fact, this aspect has become the main selling point for aircraft manufacturers.

Airbus will be the manufacturer presenting the largest number of new aircraft, though all its models will be updated versions of already known aeroplanes. For their part, the Chinese C919, the Russian MC21 and the Brazilian E195-E2 are truly innovative aeroplanes and will certainly shake up the aircraft market. 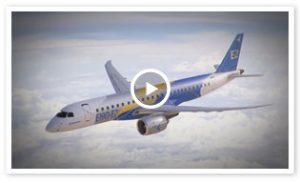 The Brazilian manufacturer Embraer will introduce the largest model of the Embraer E-Jets E2 family, which consists of three two-engine, narrow-fuselage, long-range variants. All three variants share the same cross-section and are differentiated by their length and wings, of which the 195-E2 is the largest model.

It will be able to carry 144 passengers and have a range of 4,500 km. The company is announcing fuel consumption savings of 16%-24% per seat, along with a 15%-25% reduction in maintenance costs among its strengths.

It is earmarked to enter service in 2019. 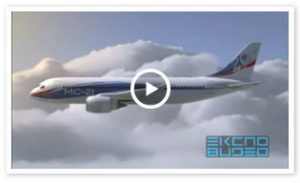 The Russian United Aircraft Corporation consortium has everything in place to ensure its MS-21 model takes to the skies in 2017. This is a short and medium-range, two-engine aircraft based on the Yakolev Yak 242, which was never developed. According to the manufacturer, around 40% of the new aircraft will be made of composite materials and it will be between 10% and 15% more efficient than the Airbus and Boeing models (A320 and B737) against which it is designed to compete.

The first of these three models we will see is the MS-21-300, which can carry an average of 180 passengers and will have a range of 6,000 km. It will commence flying with Pratt & Whitney engines. Eventually, however, it will use the new Aviadvigatel PD-14 engine manufactured in Russia as from 2018. 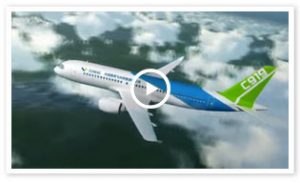 COMAC (Commercial Aircraft Corporation of China) is a state-owned conglomerate set up in 2008 to develop and sell aircraft geared at the civil passenger and cargo market. The C919 will be its first large project.

Along with the MS-21, it will be the first medium-sized passenger aeroplane conceived to break the A320 and B737 duopoly. Though this model’s engines and avionics are manufactured in the West, China expects that the entire aircraft will eventually be developed in China.

This is a single-aisle aircraft that can carry an average of 165 passengers (between 158 and 174, depending on the version) with a range of 5,500 km. This model is expected to be specifically aimed at low-cost airlines. Though its maiden flight is slated for 2017, the first deliveries are due to take place at the end of 2018. Almost 100 firm orders have already been placed, most of which come from the Chinese market. 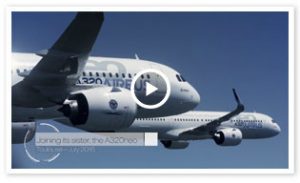 The short and long versions of the A320neo family will also take to the air in 2017. As the name “neo” (new engine option) suggests, the main novelty these aircraft will have resides in their new, more efficient engines. Taking advantage of this circumstance, certain cockpit updates and new avionics – already available in other “neo” models of the Airbus family – will also be included.

The A319neo made its maiden flight in February 2016 with a typical 124-passenger configuration and a range of up to 7,750 km. It is expected to enter service in 2017. New engines and large aerodynamic devices called sharklets, which are already characteristic of this family’s new models, will be visible on the outside. The company is announcing fuel consumption savings of around 15% and a significant reduction in NOx emissions, along with a lower sound level.

The A321neo, which made its maiden flight at the beginning of 2016, was granted certification on 15 December 2016 equipped with Pratt & Whitney engines. The typical configuration of the larger A320 carries 185 passengers, though it can carry up to 240 passengers (“CabinFlex” option) with a range of 6,850 km when fitted with sharklets. 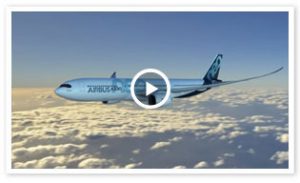 This is an evolution of a tried and tested model that has been highly successful. It is now being equipped with a new engine (Rolls Royce Trent 7000), a greater wingspan and winglets inspired by the ones on the A350 XWB. All this will contribute to efficiency enhancements of around 14%. Its avionics and all its cockpit systems are likewise being renewed by incorporating the European manufacturer’s latest advances. 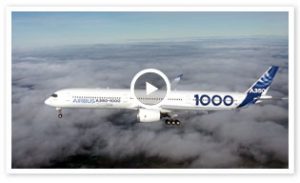 This is the largest member of the A350 XWB family. It is 74 metres long and has a wingspan of 65 metres. It will be equipped with state-of-the art aerodynamics and advanced design and technologies. Fuel consumption savings of 25% as compared to its current long-range competitor are being announced. It will be fitted with two Rolls Royce Trent XWB engines with a thrust force of 432 kN. It will be able to carry 366 passengers (a maximum of 440) in 18-inch seats in its typical configuration and will have a range of 14,800 kilometres. 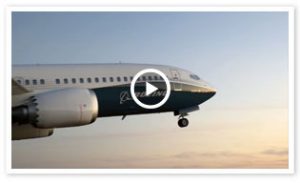 This family of aircraft is being manufactured based on of the Boeing 737 NG (Next Generation) family. As in the case of Airbus’s “neo” family, its main novelty resides in the use of more powerful engines offering greater efficiency. More specifically, these engines are the CFM International LEAP-1B, which reduces fuel consumption by approximately 14%. The fuselage and wings will also include some enhancements. The American manufacturer’s aim is not only to rejuvenate the aircraft but also to make its most successful aircraft model in terms of sales – first released onto the market 50 years ago – the most competitive in its class. 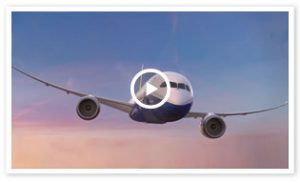 This aeroplane entered the final assembly line in December 2016 and its maiden flight is expected to take place at some time in 2017. It is a lengthened version of the 787-9, which will sacrifice its range somewhat (13,000 km) to achieve greater passenger/cargo capacity. As a matter of fact, it can carry between 320 and 396 passengers, depending on its configuration. The engine options will be the same as for its 787-8 and 787-9 counterparts, which are fitted with General Electric GEnx or Rolls Royce Trent 1000 engines.