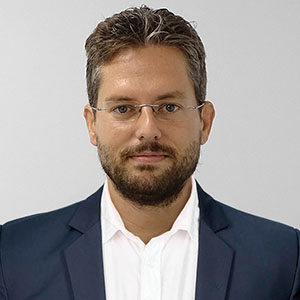 Everyone knows that energy is a scarce commodity, but it becomes critical in aircraft since almost all energy is produced by the fuel engines, at least until projects such as Solar Impulse make renewable energy a reality in this context. Until then, and probably for several decades, fuel will continue to be used in aircrafts, and fuel must be saved.

Why not trying to use the heat loses to get a more fuel-efficient use of power?

The well-known More Electrical Aircraft (MEA) philosophy tries to use all-electric equipment system architectures to obtain more fuel-efficient power. To drive these huge new consumers of electricity, high power electronic modules and converters are needed. These are much more efficient than pneumatic or hydraulic modules, but even so they suffer heat losses which appear as heat to be evacuated.

So, why not try to take advantage of these losses? Currently most devices are air-cooled, but a closed-loop liquid cooler would make the aircraft even more efficient. Heat is needed inside the aircraft, not only for creating a comfortable environment in the fuselage accommodation, and it cannot always be provided by the fuel engines’ losses.

This idea is not mine. There are several R&D projects dealing with this issue, and currently the first step is to create the means for ground validation of these new aircraft architectures once equipment has been developed.

These means are not simple rigs or commercial equipment. They have to be flexible in order to be able to function as different types of real aircraft equipment to cover the performance of a whole aircraft system where not all devices are available or even designed, but some of them require testing. Moreover, software for monitoring the real-time performance of all these devices is needed.

To emulate the performance of thermal systems, three main functionalities have been detected and developed:

A heat load function that produces the desired power losses according to flight profiles. These are used to validate the cooling system.

An electrical load function that consumes a desired current at any voltage level in the aircraft. The dynamic of this consumption must accord with the one that requires testing. For example, modules from the system producing the heat that needs to be recovered can be connected to the power electronic converter; or even directly to electrical generators if a global functionality requires testing.

A function that measures consumption during different work profiles to check the real efficiency. A power distribution centre is obviously required – with aircraft voltage levels HVDC, AC/400Hz and 28Vdc. But as well as power sources, a real measurement system is necessary for the non-standard current waveforms consumed by electronic power.

And an additional key point: how green can these tests be? They have to be repeated many, many times and the power consumed during testing needs to be kept to a minimum in order to meet energy saving objectives. For this proposal, energy that flows through electrical loads, real power electronic converters or even power sources can be saved using Regeneration Modules to output the electricity synchronized with the industrial AC grid.

(*) TEMGIR is a R&D project: Thermal and electrical Mock-ups for Thermal Management of a Ground Integration Test Rig. / The research leading to the development of these testing means has received funding from the European Union’s Seventh Framework Programme (FP7/2007-2013) for the Clean Sky Joint Technology Initiative under Grant Agreement n° [641463].