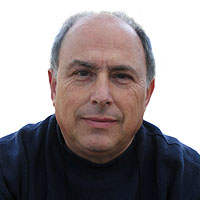 When the Austrian army used explosive-laden balloons against the city of Venice in 1849, they were surely unaware that they were inaugurating the era of what would be later known as “unmanned aerial vehicles” (UAV), also called “remotely piloted aircraft systems” (RPAS) today.

Popularly known as “drones”, their active use in areas of military conflict has become common in recent years, since the possibility of memorising routes and targets without the need for radio control and their ability to carry a complete weapons system without jeopardising the life of a pilot have provided them with a degree of versatility that large companies have managed to take advantage of to develop industrial military R&D projects. However, the excellent capability of having an autonomous navigation system which allows for efficient day and night-time flight operations with vertical take-off and landing and the fact that they can carry a payload of up to 150 kg without difficulty have spurned on the imagination of technical experts and commercial acumen to provide drones with civil uses. These uses are steadily imposing themselves day by day due to the significant business opportunities foreseen in view of the demand created by citizens who are avid for modernity.

The key resides in the future application of this wonderful technology (RPAS) in commercial and passenger aviation.

Numerous authors agree on the fact that new horizons opened up for civil applications for the technologies developed by military industry after the fall of the Berlin wall in 1989, which brought the so-called Cold War between the USA and the former USSR to an end. This led to social benefits, but evidently also economic and business advantages to the aeronautical industry.

RPAS technology followed the same path. However, between the Predator, the Altea, the Dyana, X-Prop and traditional orthocopters having diverse applications that are beginning to proliferate for a variety of uses there is not only a sophisticated technological development process involving strict certifications and highly qualified staff, but also a degree of social acceptance that will surely condition the legislation that has to be enacted by the Spanish State Agency for Air Safety (AESA).

In the case of civil-use RPAS, rather diverse scenarios are foreseen. For instance, it seems evident that there should be a difference between the quality requirements for an RPAS used for scientific purposes (like NASA’s Ikhana vehicle, which acts as a test bench for capacity building and technologies aimed at enhancing the usefulness of unmanned air systems, or the Argo developed by Laval University in Canada, which can operate in extreme Arctic Ocean conditions and dive down to up to two thousand metres to gather information on marine organisms) and the vehicle the Sydney-based company Fastway Courier needs to provide air courier services over the city of Auckland in New Zealand. Does this involve risks? Probably not, but it does affect the quality of components and therefore the price, bringing with it the consequent social demand and evidently new business opportunities.

A small UAV recently flew over the US Capitol Building. Another landed in front of the German Chancellor, Angela Merkel, while she was giving a speech in a public square and some dads keep their children amused on the golden beaches of the Spanish province of Huelva with drones made of components made in China. What can we make of all these facts? To my mind, there are two very simple conclusions to be drawn: the issue of security and the risk of accidents. The former is that drones can easily be used for terrorist attacks and the latter involves the risk of collateral damage.

It seems that these problems can be resolved through specific legislation. American and European lawmakers, including Spanish legislators, are already working on legislation that will shortly be enacted given the proliferation of drones being sold in the market, the diplomas being issued to pilot them and the illegal use some citizens make of them.

However, these topics are not the most important in this exciting adventure resulting from the rapid pace of development in aeronautical technology and the enormous business opportunities offered by RPAS. In my view, the key resides in the future application of this wonderful technology in commercial and passenger aviation, which today would entail such a great risk that no government would be willing to take and no company would be ready to make the large investments the challenge deserves. Only time will tell. That is why today we should place the onus on research and training, which correspond to companies and universities that should coordinate and bring together their efforts and aims.

I believe that master’s programmes are the logical way forward, so that R&D and innovation are developed in this novel and promising sector. This would allow technical experts to be trained with scarce business costs and companies could transfer knowledge during the student’s training period with them. This would simultaneously allow companies and universities to optimise their intellectual efforts by making it easier for their technical experts to cooperate through seminars and/or conferences, where they can discuss less regulated matters and talk about further innovation and development.

The result is evident, students would be better trained for their new careers and endowed with a professional spirit imbued in them by companies.

This is a challenge well within our reach requiring little economic effort. It does, however, involve a sense of responsibility and a vision of the future.