The Copernicus programme: European eyes looking down at Earth 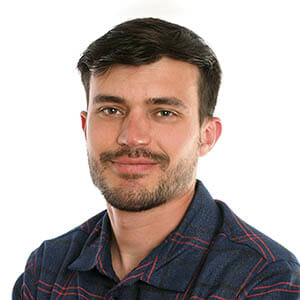 Nicolas Copernicus (1473-1543), considered the father of modern astronomy, took the Earth out of the centre of the Solar System and the universe, relegating it to the modest category of ordinary planet. His name today identifies the most ambitious Earth observation mission, one that is proving to be essential now, ever since the volcano on the island of La Palma (Spain) erupted on 19 September. It is a clear tribute to the scientist, but also to our planet, because for the Copernicus satellites, we are the centre of everything: they revolve around us, and their only goal is to observe us on their instruments.

In addition to the European Union, the programme includes meteorological agencies, private equity firms and the European Space Agency (ESA), which is responsible for the development, launch and technical support of the sentinels, the mission’s satellites, a constellation of six families that provide readings and images from space. As for their development, they are designed, manufactured, tested and launched by ESA, thanks to its staff and contractors.In the case of Sentinel 2B alone, 60 companies from fifteen countries were involved.

The satellites of the Copernicus programme, which is led by the European Commission, monitor the environment and ensure our safety by constantly observing our planet from space.

Before they are sent into space, the satellites that will form part of the Copernicus programme constellation undergo tests that try to recreate as faithfully as possible their environment while in orbit. To do this, the cold and vacuum conditions are simulated in the Large Space Simulator, a 15-m diameter tube in which powerful pumps remove all the air, while the surrounding nitrogen lowers the temperature. To ensure the electromagnetic compatibility of the instruments, the Maxwell Test Chamber is used, a Faraday cage in which radiation is emitted comparable to that received by the satellite without the protection of the atmosphere. The Large European Acoustic Facility simulates the enormous sounds and vibrations associated with the launch. ESA uses the Vega or Soyuz rockets of Arianespace, a leading company that is owned by Spain and other European countries.

Once in orbit, the information offered by these satellites is of enormous use to international organisations, governments and the general public. The European Commission is responsible for defining the policy, developing the programme, updating its objectives and ensuring it works properly to guarantee that it is always within the reach and at the service of users. The network, which is freely accessible, lets citizens learn about the state of the atmosphere, oceans, coasts, rivers, soils, crops, forests, ecosystems, natural resources, ice, snow, buildings and infrastructures, along with the dynamics of all these elements over time, which is essential, given the mission’s objectives.

Copernicus and the volcano at La Palma island

A clear success story in the use of the Copernicus infrastructure is the information it has provided to properly manage of the emergency at the aforementioned La Palma volcano. Thanks to its satellites, we were able to see extraordinary images, such as the one obtained on 30 September, showing the flow of 1000º+ lava reaching the ocean, a flow that eventually altered the coastline, causing the island to grow by several tens of hectares. Unfortunately, in its wake, it has razed homes, roads and extensive crop fields, causing a huge crisis for the inhabitants of the affected areas. Through the eyes of Copernicus, we have been able to map in real-time the damage caused, especially to infrastructure, homes and plantations. Another photo from 10 October identified a new lava stream heading in a different direction, somewhat more to the north, and the complete devastation beneath it.

The information they provide is vital during events such as the volcano that is currently affecting La Palma.

The photos were taken by the Sentinel 2A and 2B twin satellites, which are in low polar heliosynchronous orbits at 786 km, 180° from each other, meaning they can sweep all of Earth’s surface every five days. This is possible thanks to their 290-km-wide field of view, and the monitoring and adjustments made by mission analysis engineers. However, Sentinel 2A and 2B cannot see through clouds or at night, unlike their counterparts 1A and 1B – which rely on radar technology to send and receive electromagnetic pulses in a single wave length. Their cameras, however, are able to take high-resolution images in the electromagnetic spectrum beyond the optical range, that small band that is visible to the human eye. It can take composite images in various regions of the spectrum, with an emphasis on the infrared to highlight the presence of lava.

Another serious consequence of the volcano, beyond the ejected lava, is the emission of toxic gases and ash. The image from 6 October, captured by Sentinel 5P, shows the extent of the cloud generated in La Palma. This cloud contains mainly sulphur dioxide. The Tropomi instrument is capable of differentiating it from aerosols and ash. The satellite is tracking this cloud, which can be seen in real time through the Copernicus Atmospheric Monitoring Service, which is very useful for companies operating transoceanic flights, even if their routes are far away from the Canary Islands (see image of the sulphur dioxide clouds taken from Sentinel 5P). https://maps.s5p-pal.com/so2/

The Copernicus satellites are managed and controlled by the engineers of the ESA Earth Observation Department at the ESTEC technology centre in the Netherlands. Some of the most significant problems they have to address during the satellite’s useful life include adjustments to correct orbital changes due to atmospheric drag, manoeuvres to avoid space debris, and corrections associated with the attitude of the satellite. This term is used to describe the movement of the device, which can sometimes be problematic, especially if it rotates about itself uncontrollably. During launch, control of the satellite is also complex, particularly when it separates from rocket towards its transition orbit, which will lead it to its service orbit. These manoeuvres are executed using small thrust generated by on-board thrusters. The fuel consumption required to make them is measured by the equivalent change in speed, known as deltaV.This is an important concept because it represents the finite autonomy the device will have for the rest of its life. Around one hundred kg of toxic hydrazine is loaded into these satellites once, just before launch. This is one of the most critical steps in the preparation process.

Copernicus is the great terrestrial observation programme that is the pride of Europe. Ultimately, all these processes are part of a cooperative project among all the member states, resulting in a product with a high added value. On the one hand, it creates great business opportunities and jobs. On the other, and even more importantly, it helps safeguard the environment while efficiently working to protect us all from certain dangers back on Earth. 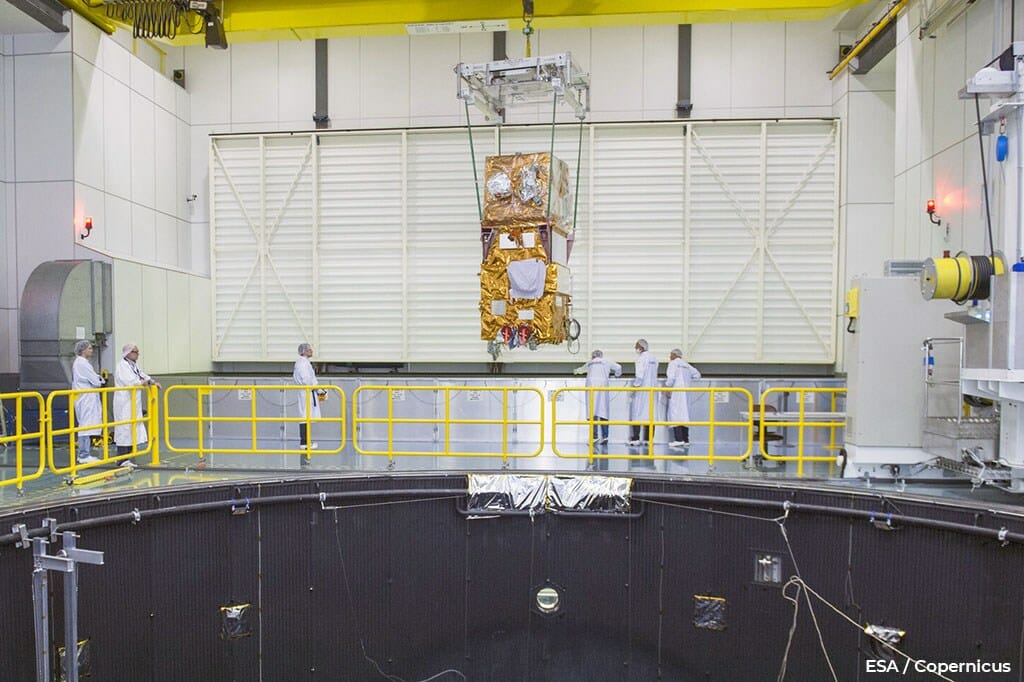