The changing face of the global airport market 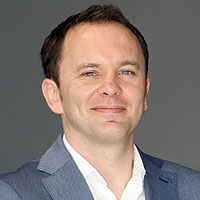 Times are changing, a new wave of large international airport operators and a new way of thinking by Middle East and Far East airports seems to be bringing sweeping changes to the global airport sector.

Let’s analyse a few of the different topics that seem to be hogging most of the limelight in the airport sector these days.

The rise of the mega-hubs in the east seems to be changing the rules of the game.

Airports, businesses in their own right or simply transport infrastructure?

On the one hand, the days of the traditional state-owned airport, with the old-fashioned (perhaps even non-existent) business model seem to be numbered. Gradually more and more countries seem to be realising that there is a handful of well-known international operators that can not only bring a helpful cash injection, but also a wealth of experience in turning their airports’ balance sheets around. Private-run airports have a totally different way of doing things. Their focus is on optimising resources while also maximising profit by attracting new airlines and boosting non-aero revenue streams. They are businesses, which if we’re being honest, have one main objective – to make money.

Take Gatwick Airport for example, a fully privately owned and operated airport, has long been faced with serious restrictions from the British government in terms of expansion policy. Nonetheless, they have managed to squeeze 40 million passengers per year through a single runway, making it the world’s busiest single runway airport. Impressive optimisation of resources I’d say…

On the other hand however, this way of operating doesn’t always work. This new way of running airports as a business as opposed to simply transport infrastructure doesn’t always seem to be so straightforward for the smaller, regional airports. They have far less traffic, and really struggle to keep their profit & loss accounts out of the red, both in terms of aero and non-aero revenue. The majority of these smaller airports are still state-owned, kept afloat by public subsidies or, in many cases, low-cost airlines such as Ryanair. Some smaller airports depend almost entirely on these low-cost airlines to remain in operation, to such an extent that should the airline pull out, the airport could be forced to close. This is the case with Moss Rygge Airport in Norway, for example. Ryanair recently announced that it is ceasing or cutting back operations there due to tax hikes from the government, which means the airport will almost certainly face closure.

So the big question is, are airports of this type attractive to large international operators and investors? Historically these transactions have taken place at medium to large sized airports, with some exceptions of course. Examples of these large or medium airports are London’s airports, Santiago Chile, Toulouse, Lyon & Nice, the recent and still ongoing Brazilian airports, among others.

Not only that, we have seen a number of concession tenders for smaller airports cancelled with no bidders recently. More often than not this is due to prospective private operators being unsure of how much return they will get on their investment.

However, the recent concession of 14 regional Greek airports by German operator Fraport may have seen a change in this trend. Fraport has a fantastic track record in terms of investment abroad. They have transformed Lima Airport over the last 15 years. Annual passenger figures have risen from 4 million to 15 million, with estimations that it will reach 30 million by 2030. Not only that, it has won awards as the best Latin American airport. So, is there scope for companies such as Fraport and Vinci (to name just two of the biggest international operators today) to turn things around for the ailing smaller regional airports?

Another change we seem to be seeing these days is in the focus on the passenger. The personal touch, something that had all but disappeared at airports, is now making a comeback, in a big way. In the golden age of aviation, flying was a luxury, you were made to feel special from the moment you arrived at the departure airport, to the moment you left your destination airport.

The introduction of low-cost airlines into the market seemed to almost completely eradicate this way of thinking. Things became all about herding people through the airport as quick as possible and onto the plane. Restrictions on hand luggage meant people became too scared to buy even a packet of sweets at the airport in fear of having to pay a hefty excess baggage fee.

But this seems to be changing, and things may be even going full circle. Airlines are relaxing their hand luggage policies and airports are now concentrating on the passenger experience again. Far East airports like Changi are leading the way. They invite you to spend a few hours at the airport before your flight and indulge yourself a little. Terminal buildings are being redesigned internally to offer all sorts of distractions apart from the standard duty-free spirits, Toblerone bars and cartons of cigarettes. Customer service is paramount. Now you can kick back in a fully equipped sleep cabin, have a walk round a butterfly garden or visit a spa and have a massage. At Munich Airport you can even go surfing at their new indoor wave pool! It’s not unusual now to find Michelin-starred restaurants by world famous celebrity chefs such as Gordon Ramsay at airports. These types of luxuries are popping up all over the world, but there’s a reason Changi Airport has won numerous awards and has been voted as the best airport in the world. And it’s not just because the flights run on time…

The rise of the mega-hubs in the east

Now, moving on to another hot topic in the airport business, the gathering pace of the Gulf hub airports such as Dubai and Qatar. These airports seems to be changing the rules of the game.

More relaxed policy from governments or decision makers in terms of expansion means that countries in the Middle and Far East regions are almost competing to build the biggest hub airport. Will it be Istanbul Grand? Dubai World Central? Beijing Daxing?

Heathrow has sat top of the table in terms of international passenger traffic for a long time. Not any more, Dubai International knocked off Heathrow’s crown just last year. The IGA team is working around the clock to get Istanbul Grand ready for operation in record time. Will they meet their target? Who knows, but one thing’s for sure, this new hub airport will be up and running long before any of the existing European hubs have built what they need to expand their capacity and stay in the race…