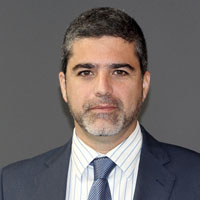 Everyone has heard of Blue Origin and Space X, two major, world famous, private initiates showcasing the aerospace industry in recent years. These are just the best known among a growing number of endeavours, private and public-private, making this one of the 21st century’s most promising and wide-open sectors. As proof, a multitude of aerospace start-ups have emerged in recent decades, many of them supported by their governments.

This ambitious, low-budget project proves the space race can be approached in a different way.

SpaceIL, a lesser known player, is a good example of a private, non-profit organisation that emerged from nowhere and quickly made great achievements. How could three Israeli engineers have imagined their idea would go so far? Yariv Bash, Kfir Damari and Yonatan Winetraub aimed for the international Google Lunar X Prize, offering 30 million USD, that has two basic goals: affordable travel to the moon via long term business models revolving around lunar transport, and inspire the next generation of scientists, engineers and entrepreneurs in STEM fields.

Upon entering the contest, SpaceIL began receiving private financing almost immediately. They also attracted the interest of the Israeli Government, with technical support from the Israeli Space Agency and other public entities. From there, developing the project did not take long, and even though the Google Lunar X Prize expired, they had already gained enough support to obtain sufficient funding to consider launching in 2019.

Curiously, SpaceX was hired for the launch, which took place on February 21, 2019. Inside the Falcon 9 shuttle there was a secondary load, including two satellites and SpaceIL’s “Beresheet” (Genesis, in Hebrew) lunar lander at 585 kilos and around two meters in diameter. Its payload included a digital time capsule including children’s drawings, Israeli songs and symbols, and a Torah.

Unfortunately, just before the space module was about to land, a series of unexpected events sent it crashing to the moon’s surface. Upon investigating the causes, the company reported that it was due to a problem with the functioning of the main engine which they had attempted – unsuccessfully – to reset and restart in time to avoid the disaster.

Yet, despite failure, the mission was a success in terms of achievements. SpaceIL was the first private company to orbit the moon and touch the surface – just one more example of private ventures entering the space race. And SpaceIL put Israel on the map, making it the seventh country to orbit the moon after Russia, the United States, Japan, China, the European Union and India – and, making Israel the fourth country to attempt a soft moon landing, even though it did not achieve its goal.

In terms of resources, the real shockers are the low budget (under 100 million USD) and the group of just 50 engineers that designed the module. It was a novel approach that made lunar travel cheaper than any country had previously achieved. And, the return on investment was especially high in terms of impact – in the media and on the nation –showcasing an Israeli company joining the ranks of space race countries.

The social repercussions are also worth noting. It is estimated that 90% of the Israeli population followed the landing attempt on Internet, joined by millions of fans around the world. And thousands of children were impacted thanks to the educational focus – right from the start – allocating material and human resources to making the SpaceIL venture shine as an education project.

The future of SpaceIL was looking bright. Thanks to support from the Israeli Government, SpaceIL began planning a second mission to the moon. South African multimillionaire Morris Khan, SpaceIL’s main financier made this announcement in April. However, two months later, in June, the company declared they would not to make this second attempt and expected to use the knowledge acquired for another, more ambitious, mission.

Other countries with more resources – most European countries included – should seriously consider promoting and patronising similar projects. The space race has reached a new, passionate stage where new players will become the next great protagonists. And we know that the innumerable resources and opportunities just waiting out in space will go to nations with the necessary capabilities, experience and technologies. It’s now or never.

And, in the meantime, these amazing adventures can become inspirational muses for mankind in the monumental task of conquering the solar system.