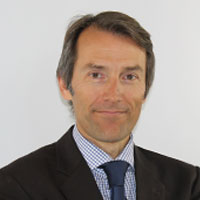 Lately the future of manufacturing seems to be leaning towards the Factory of the Future (FotF), Smart Factory or Industry 4.0. In my previous post I tried to make sense of the term (and its more pompous flavour: the 4th Industrial Revolution), hinting at how this new wave could be even more important for the aerospace industry, compared to previous evolutional steps.

The FotF has very different and interesting perspectives and enablers worth discussing. One of them, and another popular buzzword, is the Internet of Things. We are probably more familiar with this concept from a domestic consumer point of view. A typical example is when your fridge sends a message to your smartphone to tell you to buy milk on your way home from work because you are running out, or even better, ordering it online for you. However, one of the basic principles of the FotF is the connection between machines, tools, systems and even parts under manufacturing, maximising efficiencies and ultimately matching production means with customer demand. The FotF will require more autonomous machines, while a network connects all the elements, including the human component.

The introduction of cobots into the factory of the future would allow an automated bi-directional flow of information, not just between machines but also between humans and an integrated production system.

Advanced robotics will be instrumental in providing autonomous machines. Collaborative robotics (sometimes erroneously called cobotics or cobots, more about this later) fall into this category and are capable of working next to humans and even collaborating with them. This is possible because these new robots are aware of their surroundings and have been designed with human safety as their main directive, taking on board Asimov’s first law of robotics.

The commercial pioneer of this collaborative robot concept is a company called Rethink Robotics, founded by Rodney Brooks, former MIT professor, founder of iRobot and the maker of the robotic vacuum cleaner Roomba (arguably the first truly mass consumption robot). As Rethink Robotics suggests, “for decades, industrial robots have set the standard for high volume, low mix manufacturing environments… An industry that once looked to automation to drive volume is now seeking to gain an edge in flexibility, as consumers demand more customisation and faster delivery.” Baxter is their solution, a cage-free, easier to programme automation tool, which is starting to find its place in the industrial manufacturing world, including aerospace. Closer to home we are seeing similar attempts to adapt collaborative robots to aerospace, like this pilot project in Airbus’ Puerto Real plant using Kawada’s Hiro. Other examples are coming onto the market, like ABB’s YuMi or Bosch’s APAS.

Now to a curious semantic misconception, these new collaborative robots must not be mistaken with cobot, a term coined by Professors Edward Colgate and Michael Peshkin from Northwestern University, who could be considered the pioneers of an also revolutionary concept that fosters collaboration and coexistence between humans and machines, perhaps just a step short of bionics. The first cobots were developed for automotive applications, basically to enhance human accuracy and physical strength. We could argue that exoskeletons are a derivative of the same concept. From this point of view, the first cobot we ever saw “came from the future” even before the term was coined, as that was the kind of exoskeleton device, designed to handle heavy containers, that Lt. Ripley used to get rid of (or so she thought!) the infamous alien in Ridley Scott’s popular movie. A sci-fi concept that has become reality with multiple exoskeleton prototypes being developed mostly for the military in recent years.

Peshkin and Colgate also developed cobotic applications for other industries like meat processing (an Australian R&D initiative I had the pleasure to manage for a few years), giving back some of what the automotive industry took away at the dawn of the 20th century. Cobots are meant to be a smart tool to augment human capabilities but they can’t operate on their own, whereas a collaborative robot is an autonomous device.

As Colgate initially declared, “cobots simply can’t move on their own at all”. Cobots are meant to be a smart tool to augment human capabilities, and when used in material handling, they form part of a broader class of robot-like devices known as Intelligent Assist Devices (IADs). Therefore, the difference is clear between a cobot and a collaborative robot: the latter is meant to be a purely autonomous device. An interesting variation to this concept can be found in some medical applications, like the KineAssist, a system conceived to assist in physical therapy, developed by Peshkin and other associates like Julio Santos-Munné, who have also applied their expertise to smart prosthetics, stepping right into the future of bionics.

Will we see cobots in aerospace manufacturing? Not sure. So far I am not aware of any specific aerospace application, but I would love to see one. The connection with the FotF is particularly promising too, as this would allow a bi-directional automated flow of information, not just between machines but also between humans and an integrated production system. Imagine a drilling and fastening cobot, basically a mechanical arm operated by a person, similar to the arm of the exoskeleton worn by Lt. Ripley. This tool would allow a human to handle a heavy drilling gun easily and intuitively, as well as giving people machine-like accuracy: the cobot could be programmed with the exact location of the holes so the drill is only allowed in the right position, while also giving the person control over when and how it is done. We could help the operator visualise the hole location with augmented reality or even smart glasses. And the beauty of this combined cobot-human system is that it could completely replace the many drilling templates that each new aircraft programme requires, with a flexible solution where a few programmable cobots operated by people would emulate the templates with virtual surfaces where each set of new holes are defined by reprogrammable code. A totally reusable solution with just a few new inputs defining the hole location for each new drilling array.

Apart from reducing costs by completely ditching the need for manufacturing drilling templates, here is the connection with the FotF: the cobot could easily keep track of how many holes have been drilled and where, comparing it to the digital model of the structural component and also checking whether all the steps in the Work Instructions have been followed (or at least those where the cobot is used by the human). This approach would allow for the integration of the human component into the network of the FotF, not just from a physical point of view but also as a source of information without the need to enter data manually.