The first scheduled commercial flight in history took place on New Year’s Day, 1914. It was a 38 km, 20 minute flight between the two cities of St Petersburg and Tampa in Florida. It carried a single passenger. Intercontinental flights travelling distances greater than 9,000 km began forty years later. The first of them, in 1954, between Copenhagen and Los Angeles, was operated by the SAS company.

When a straight line isn’t necessarily the shortest route.

Nowadays, flights longer than 10,000 km are considered normal. For many years, until 2014, the longest intercontinental flight was Singapore Airlines’ route between New York and Singapore, which covered a distance of 15,350 km with an average duration of 18 hours 50 minutes using an Airbus A340-500.

The most frequently-used aircraft on the longest routes today are the Airbus A380 and the Boeing 777, in some of their variants. To carry out these flights, aircraft require an ETOPS certification, which we will discuss in greater detail in an upcoming blog article. The crew must also be trained for this type of flight.

Since the opening of Siberian airspace after the end of the Cold War, and the adaptation of the Russian air traffic control system to international standards, the majority of these flights have used transpolar routes (above the 78th Parallel North), allowing them to save thousands of kilometres and cut down on hours of flight time. Antarctic routes are much less used, though the 71st Parallel South has been employed, occasionally, for the Sydney-Johannesburg route.

Undoubtedly, these are routes which aircraft lovers will enjoy, especially if they fly in some of the Emirates’ Airbus A380s with their various suites, bars, gym and personalised rest and leisure areas.

Every day, thousands of people take some of these longer than twelve hour flights. The fun starts on the flight itself. If you have ever travelled on one of these, it will surely have been a memorable experience. We hope you enjoy this infographic, please feel free to download and share it. 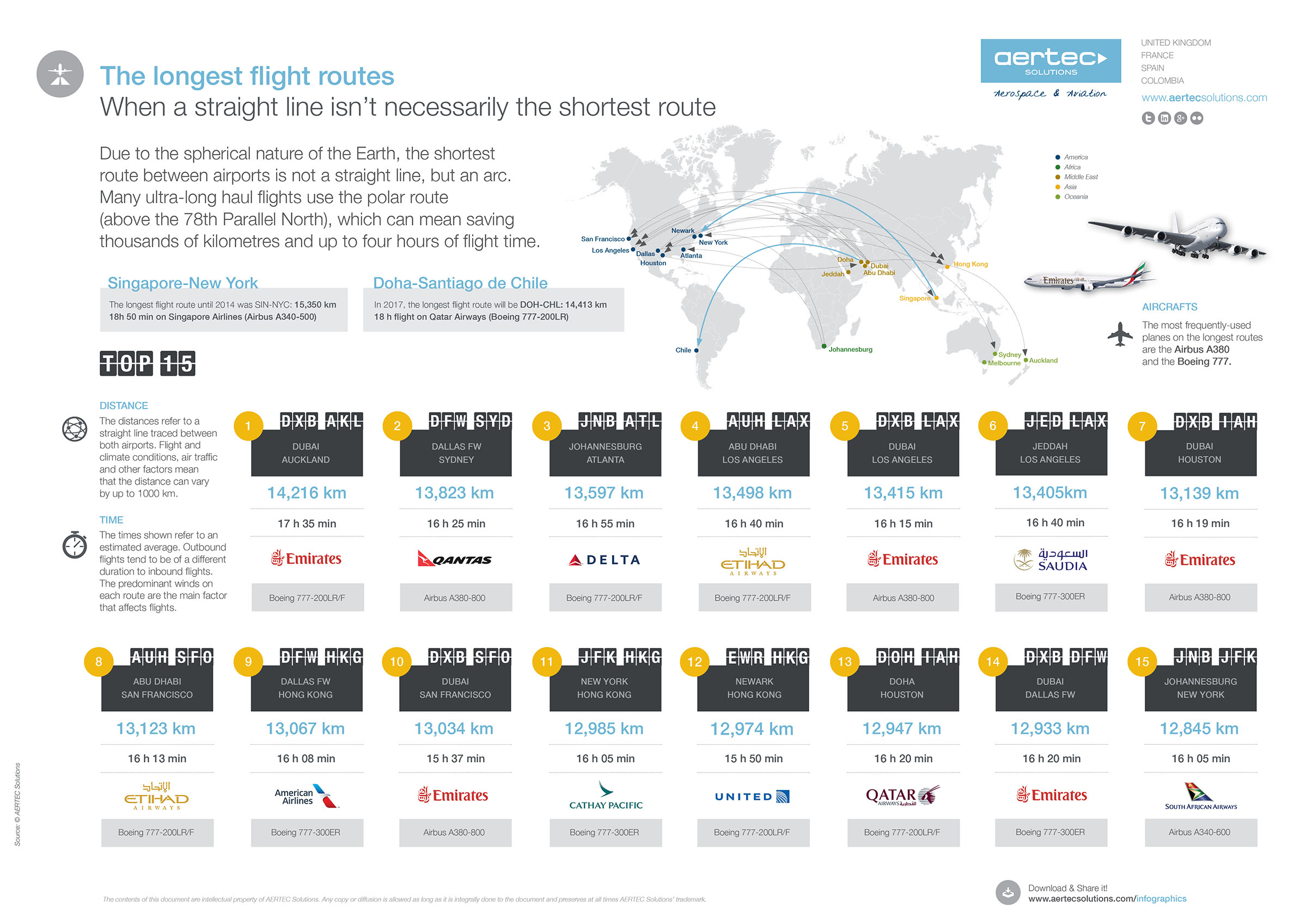