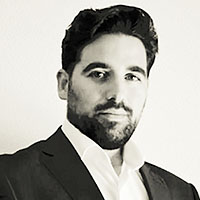 There has been constant evolution in the manufacture of products that meet our daily needs (food, clothing, machines, vehicles, etc.) ever since the First Industrial Revolution, which took place in the middle of the 18th century. Little by little, most of the products we consume today have changed from being hand-made products to mass produced items. As a result, industrial products dominate hand-crafted products today, though some sectors still require traditional hand-crafting.

Testing resources and systems, as well as the industry which surrounds them, are an important tool to mitigate any possible damages and losses in the future.

The aim of any production process should be to make a product having the best functionality at the lowest possible cost. Everyone is aware that the cost is set by, among other variables, the raw materials used, labour costs, the depreciation of infrastructures and machines needed for production, etc. In short, a product’s cost tends to be a more or less complex mathematical calculation, but a calculation nonetheless. However, at times the functionality of a product is not as trivial as a mathematical operation.

In order to ensure said functionality, the appropriate checks are conducted during the production process to make sure the product is fit for the purpose for which it has been made. In other words; that it works properly in all the situations for which it has been specified. To achieve this, functional tests are established or defined in industries to ensure a product is not released onto the market with some kind of defect. It can therefore be said that a functional test is a process comprised of a series of actions which allow one to check the functionality of the product in question.

Depending on the product in question, functional tests can be conducted directly on the product itself (autotesting). At times, however, an external resource may be needed that conducts the test, which collects data on the test itself (telemetry), simulates the end product’s behaviour in order to check components separately, etc. Said external resources are defined as resources or testing systems.

More specifically, in the aeronautical industry, numerous functional tests are defined to test an aircraft’s different systems. As mentioned above, each functional test may require specific testing resources to carry out the checks on the aircraft system in question. In many cases, aeroplanes share systems and the resources needed to test them often coincide. In general terms, however, the use of one or other resource will depend on each aeroplane and the configuration defined for it. For example, the resources needed to test a civil Airbus 330 are different from those for an A330 MRTT, regardless of the fact that they are the same aircraft but with different configurations. Hence, each will have its own specific testing resources for its own specific systems. A comparison with RPAS is even more striking, since the resources employed to check them are specific and, in some cases, hand-crafted and especially adapted to this kind of aircraft.

The types of testing resources and systems in an aeroplane are numerous. Depending on what needs to be tested, they can be electric, mechanical, hydraulic or pneumatic resources. Depending on their complexity, they can range from a simple multimeter to measure the insulation in a wire bundle to the most complex test bench to pressurise the aircraft. They can also be specific autonomous resources to test single systems or computer-assisted automated testing systems that can check hundreds of electric signals at the same time.

In these complex cases, where calculations need to be made on fluid mechanics, electrical circuit design, computer application design, communication interfaces, etc., the need for engineering applied to those systems is evident. This is why companies which develop products that need to be tested for complex functionalities (like the ones on an aeroplane) tend to have engineering departments and specific suppliers to manufacture those systems.

History has shown that failing to properly test a product in a production process will inevitably lead to some sort of incident involving economic losses for the company in the best of cases. Just a few months ago, for instance, the world’s leading brand in the manufacture of smartphones released a defective terminal onto the market that would catch fire with rated use. Subsequent investigations revealed that the cause was a failure in the manufacturing process of its ion-lithium batteries. The incident caused substantial losses to the company, an 8% fall in its share price and analysts estimated losses amounting to around $15 billion. It is anecdotal that, as a countermeasure to recover users’ trust, the company released an advert showing the different testing processes on the devices’ resistance and operation, along with the resources and systems used in them.

To conclude, testing resources take part at the end of any production process, as the title of this article states. Nonetheless, the industry involved in this process does not usually have the same consideration as the company which manufactures the end product. There is a tendency to cut costs in this sector because it is common to think that the design is perfect and that the product is in keeping with its design. Facts like the ones set out in the example, however, have shown that testing resources and systems, as well as the industry which surrounds them, are an important tool to mitigate any possible damages and losses in the future.