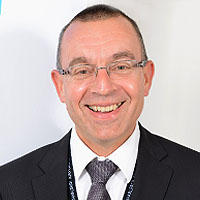 Brussels South Charleroi Airport is 50km away from Brussels.

Airlines Ryanair, TUI, Wizzair and Pegasus all have a presence at Charleroi, offering a range of more than 100 destinations.

The opening of these extensions mean that Charleroi airport will be able to continue to grow to hit the target of 10,000,000 passengers by 2024.

The current terminal was opened in 2008 and originally designed for a capacity of 3,000,000 passengers. It is now completely saturated, so unable to welcome new airlines or to create the right operating conditions for the development of existing ones.

There are currently around twenty airplanes based at the airport, generating significant traffic peaks: more than 3,000 passengers depart between 6.30am and 7.30am, and the same number of people are landing in the evening between 10pm and 11pm.

More specifically, the following stages in the airport process have reached saturation point:

It is against this backdrop that we decided to build an extension, on the one hand to help improve the comfort of our passengers, and on the other, to help us to continue to grow. 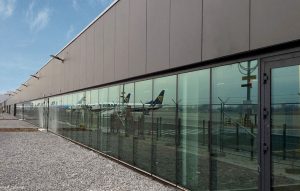 Right at the beginning, the following priorities were defined:

In accordance with these priorities, we chose to build an extension in two buildings.

This extension includes 3 separate areas with a total surface area of +/- 1,500m².

The second building, dedicated to “Schengen” passengers, is a totally separate terminal, including: 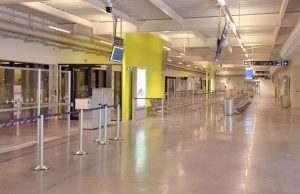 From an architectural point of view, the focus was on simplicity and light. The building is all on one level; the structure is made out of steel; the finish is basic: smooth concrete on the floor, no suspended ceilings, visible technical systems.

The opening of these extensions mean that Charleroi airport will be able to continue to grow by allowing more airplanes to be based there, and to hit the target of 10,000,000 passengers by 2024.