Ekranoplan, the aircraft that never took off 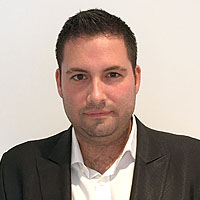 In 1967, an American spy satellite captured some photos of a huge aircraft flying over the Caspian Sea. It was 106 metres long, 42 metres wide, weighed 544 tonnes and moved at over 400 kilometres per hour. Nothing like it had ever been seen before, and the Western press promptly nicknamed it the Caspian Sea Monster. It was the KM (which in Russian means prototype ship), one of the most secret Soviet military projects.

The ekranoplan was an aircraft concept that ultimately did not end well, but that offered a novel aeronautical approach by taking advantage of the ground effect.

The object that so alarmed the Americans was developed in a protected area of Russia with the aim of increasing the speeds that could be attained in the naval industry, which were relatively low due to the effects of fluid resistance. Russian engineers, led by Rostislav Alexeyev, devised a kind of underwater set of wings, which they placed on ships. When the ships were moving fast enough, these underwater wings caused them to be pushed above the water. It was a real breakthrough, as this new design radically reduced the friction caused by water. Once it was moving at cruising speed, the aircraft did not maintain contact with the water. It was therefore also able to fly over obstacle-free terrain, regardless of its nature (e.g., snow, ice or land), although it needed to be over water again in order to reduce its speed and stop. Shortly afterwards, high-speed aircraft with underwater wings were cruising over the seas and lakes of the Soviet Union.

Alexeyev was obsessed with speed. His aircraft were capable of reaching speeds of 100 kilometres per hour (55 knots). However, to achieve greater speeds, he knew he had to get them out of the water. He therefore began to investigate the ground effect, an aerodynamic phenomenon that generates a high-pressure area under the wings when they are close to the ground, increasing lift. He concluded that the ideal flying height was between 30 centimetres and 3 metres over the water.

By applying this phenomenon, they could design an amphibious vehicle that could travel over both water and land. Alexeyev managed to convince the Russian government to support his project, as they were looking for a device that would give the Soviet Union superpower status at sea. To do so, the new craft would have to be large, powerful and capable of reaching high speeds. The ekranoplan, which was a ground effect vehicle, met all these requirements.

As no similar aircraft had ever been made before, the engineers involved had to build a special wind tunnel in order to design and test the models. The next step was to find a suitable location to test the prototype, which was not an easy task. They needed a place far away from cities and with a large expanse of water, where they could carry out high-speed manoeuvres. In the end, the construction of the KM took 4 years.

During the Cold War, the development of new military equipment was kept in the strictest secrecy. In fact, for the first test, which was carried out in the Caspian Sea in 1966, the ekranoplan KM’s fuselage was carried secretly to the Volga River, while its wings travelled separately. It was also moved only at night. It took them a month to complete the transportation process to where the tests were going to be carried out.

Ironically, the ekranoplan remained a mystery only to the Soviets themselves. In 1967, analysts from the U.S. Defense Intelligence Agency met to try to figure out what was hiding behind the images they received via their satellites. In the end, they came to the conclusion that the machine would not be able to fly.

The Caspian Sea Monster was the prototype of all ekranoplans. The Soviet Navy believed their properties could be useful; for example, they could bring troops and equipment into combat zones while bypassing minefields, and they could carry out surprise attacks, as they flew at a height that made them invisible to radars.In 1974, one of the ekranoplans designed for assault missions, the Orlyonok, was carrying out tests over a choppy sea when a wave hit the fuselage, causing significant damage. The designer, Alexeyev, was on board at the time, and he himself took over the controls to guide the aircraft back to base safely. The engineers were forbidden to fly test aircraft because of the risk to their lives, but Alexeyev had already failed to comply with this directive several times, in order to feel how his aircraft handled first hand. In fact, the accident was used as an excuse to fire him as head of the design engineering team.

In the mid-1980s, a new administration took control of the Soviet arms department and decided to divert resources from the ekranoplan programme to atomic submarines.

Currently, Russia is manufacturing a small civilian transport ekranoplan, the Aquaglide. Other countries such as Germany, China and Korea have now also manufactured ground effect aircraft, but their ekranoplans have not reached the level of reliability achieved by the Russian models.

The United States also designed its own ground effect aircraft: the Boeing Pelican ULTRA (Ultra Large Transport Aircraft). It was a huge transport aircraft that would have become the largest and heaviest aircraft ever built, with noteworthy specifications: 1270 tonnes of cargo, 2 decks, a carrying capacity of 190 standard 20-foot containers or 17 M1 Abrams tanks, 122 metres long, 152-metre wingspan, 4000-m2 wing area, low altitude range of 10,000 nautical miles, high altitude range of 6,500 nautical miles, a take-off distance of 2,200 metres, economical flight height of 7 to 17 metres with a 10,000-mile range, maximum flight height of 6,000 metres with a 6,500-mile range, a cruising speed of 445 km/h and a maximum speed of 600 km/h.

However, the project was cancelled owing to the huge investment required to complete the development of an operational product, due to the scale of the aircraft and the use of high-risk technologies.

On this occasion, the Russians had won the game.