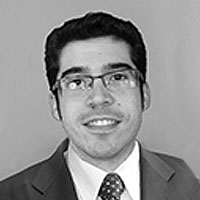 The Australian International Airshow and Aerospace and Defence Exposition, AVALON, is the coming together of three outstanding events. On one level it is a comprehensive trade and industry showcase that attracts exhibitors and high-level delegations from around the world.

It is also a convention of members of the aviation community that features an exciting air show that has earned an international reputation for its brilliant flying displays. The trade show, the Aerospace and Defence Exposition, is the most prestigious and largest industry event of its type held in Australia and the Asia-Indo-Pacific region. In 2015 it attracted almost 600 participating exhibitor companies from 22 nations.

The sheer might and power of modern military aviation will prove a major highlight of the event.

These range from major airframe manufacturers like Boeing, Airbus, Lockheed Martin and Northrop Grumman, to a host of avionics and communications innovators like Raytheon and BAE Systems. Added to this are the many components suppliers seeking supply chain opportunities. It effectively brings together leading technology innovators, an international customer base and potential business partners.

The Australian International Airshow and Aerospace and Defence Exposition is an essential conduit between business and the key decision makers from government and the military. As a forum for those involved in the business of doing business, this event is without peer in the region. The trade show typically attracts around 35,000 trade visits.

Like all world-class events of this type, the Exposition offers a wide range of quality hospitality and networking options. The quality and number of trade visitors is enhanced by an excellent programme of conferences and symposia. Avalon 2015 hosted 38 major conference events that covered a wide range of defence, civil aviation, industry safety and scientific topics.  They attracted more than 2,000 delegates and specialist speakers. Furthermore the event played host to more than 100 foreign delegations. These were at senior military, industry, government and scientific level.

The event is held biennially at Avalon Airport, located between Melbourne and Geelong in Victoria.

The event flying displays cover the gamut of aviation and aerospace technology. The theme for 2017 is “Air Power in Action” – a tribute to the might and power of modern military aviation.

Combat jets, fighters and bombers, from home and abroad, heavy lift aircraft, military display teams and rotary winged warriors will strut their high-octane stuff at Australia’s world famous aviation and aerospace spectacular. The event will also feature the best collection of aerobatic daredevils ever to be gathered together for an Australian aviation event. There will be historic aircraft from the classic years of aviation and the most comprehensive collection of World War II aircraft ever to soar skyward at Avalon. The technology of tomorrow will be on display in this aerospace showcase.

Event CEO Ian Honnery said Airshow 2017 will be the most dynamic pageant of its kind ever staged in Australia. “The sheer might and power of modern military aviation will prove a major highlight of the event; there will be so many things happening on the ground and in the sky, patrons will be wondering where to look next.”

The Australian International Airshow and Aerospace & Defence Exposition will be staged at Avalon Airport Geelong from Tuesday 28 February to Sunday 5 March 2017.