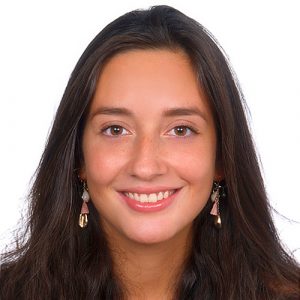 For years, countless books, films and documentaries have attempted to depict the future of the world. While a future filled with flying vehicles might be seem a stretch of the imagination, factors such as urban growth, traffic congestion and the increase in toxic emissions together with greater environmental awareness, have brought this idea closer to reality than expected.

Many interested parties have already opted to add a third dimension to the urban transport matrix. The goal is to eliminate negative externalities while creating new opportunities for users through different applications:

Currently, the EIP-SCC’s “UAM Initiative Cities Community” (UIC2) is the voice of 42 cities/regions in Europe that intend to take urban mobility to the skies.

In Europe, the European Innovation Partnership on Smart Cities and Communities” (EIP-SCC) initiative aims to accelerate the practical application studies of drone and air taxi technologies, with its subsequent implementation through demonstration projects in smart cities and regions.

On the other hand, international entities and organisations are currently working together to test the viability of this new ecosystem through demonstration projects (AMU LED, CORUS-XUAM, GOF 2.0, SAFIR-Med, Paris Region…).

Now, for the UAM (and this includes any of its applications) to generate a considerable impact on society, each and every one of its component parts must be considered:

Within the UAM applications, passenger transport has attracted special attention and, consequently, the development of air vehicles for air taxi applications. The new design has been mainly oriented to establish an eVTOL (electrical Vertical Take-off and Landing) configuration. According to the consultancy Roland Berger, which has collected data on more than 200 electric-powered aircraft projects since 2010, urban air taxis went from 40% to 45% of all projects in 2019.

In recent years, various air taxi models, which we will discuss shortly, have been presented around the world. Numerous demonstration tests and major events have revealed surprising levels of technological maturity. In 2018, in this blog, we were already talking about powerful companies in the sector, such as Germany’s Ehang and Volocopter (see here). Today they remain at the forefront of the race to conquer urban air mobility with their air vehicles. But of course, the passage of time has brought technological developments that have favoured several fields, including the air taxi, so many of these companies have been tempted to update their models to be able to adapt to the new needs and requirements of the sector. These advances and modifications are expected to contribute to positioning these companies as industry leaders and have a direct impact in their regions of origin.

According to a report by Altran (March 2020), it is expected that by 2025, the eVTOL VIP’s will begin to compete with helicopter air taxi services, and that by 2030 a new era of mobility will begin with mass production of eVTOLs already on the way. However, it is necessary to look at a longer timeframe for achieving generalised integration, since currently, there are still some entry barriers that directly affect implementation of these services, such as: the certification of air vehicles to accredit safety conditions, noise emissions, the development of a sustainable energy source that eliminates the current battier problems of weight and range, mobile communication networks, the safe integration of air vehicles in current air space, competitiveness against alternative means of transport mainly for monetary terms, and social acceptance.

Roland Berger’s report has taken into account the severe blow that COVID-19 has dealt the aviation industry, yet still estimates that by 2050 there will be 160,000 commercial passenger drones in operation worldwide. It also foresees the UAM passenger market growing to 90 billion dollars in 2050, up from 1 billion dollars in 2030. The pandemic is not expected to seriously affect the market or projected growth beyond 2050. The main drivers of UAM, such as congestion, urbanisation, and the desire to save time, will not go away. In fact, due to the fact that social distancing is easier than in mass transport systems, the pandemic experience could even benefit this sector.

Delays caused by the COVID-19 pandemic are expected to affect only project launches, without jeopardizing the general deployment of UAM.

However, short-term effects are likely, such as delays in certification or the development of technology, problems with financing or budget freezes at start-ups and Original Equipment Manufacturers (OEMs).

Currently, the countries at the head of the UAM race for development are Germany, United Kingdom, France, China, Singapore and the United States, among others. In Spain, the UAM market is not yet positioned as clearly as it is in other European regions, but Spanish cities will have the possibility of participating in initiatives such as EIP-SCC Urban Air Mobility. This will boost national interest and allow various entities to join the development of urban air mobility.

For their part, today’s dominant companies (such as Volocopter, Lilium, Joby Aviation, EHang, Airbus, Boeing and others) should collaborate with complementary suppliers and take advantage of synergies to access different market niches.

But undoubtedly, the only way to guarantee a prosperous future for urban air mobility and, in particular, for air taxi services, is to require governments and competent authorities to try to stay ahead of the situation and anticipate a number of needs:

As in all past revolutions, only time will tell if we knew how to prepare.