A new lease of life for abandoned airports

One of the aspects that calls our attention most whenever we visit an airport for any reason is the space. Generally speaking, airports tend to create large spaces so they are comfortable for passengers. Furthermore, the airside area or airfield usually has a surface area fifty times larger than the area occupied by the airport terminal. When we talk about an aerodrome’s surface area, we always talk about hectares, lots of them.

In many cases, the amount of space provided by an abandoned airport allows for a wide range of new civil activities.

We are used to seeing these facilities full of people, including both travellers and workers. There is also a constant movement of aeroplanes and of all kinds of vehicles (ground handling, security, emergency, airline, etc. vehicles).

However, we can find completely empty and abandoned airport facilities in some parts of the world.

Some airports have been obliged to move to new facilities many kilometres away due to a variety of reasons, such as a lack of use, a need for growth and a lack of space. This leads to the old facilities being shut down and, in the best of cases, to a new lease of life for the old aerodrome. Let’s discuss some of these cases:

Kai Tak Airport in Hong Kong was inaugurated in 1925. It was one of the world’s most spectacular and dangerous airports. Who hasn’t seen images of aeroplanes descending among this Asian city’s skyscrapers? It was finally closed down in 1998. Its grounds were then reconverted into parks, rental buildings, a cruise liner terminal and a goods handling area. Some of its old facilities and a section of what was once the runway can still be seen today.

Mirabel Airport in Montreal, Canada was inaugurated in 1975. It was initially conceived to be the largest in the world with a surface area of almost 400 square kilometres. It never fulfilled its expectations and progressively lost market share to P.E. Trudeau Airport, which was better located. It has survived as a cargo airport since 2004, but it is no longer used by passengers. It has also been used as a movie set, such as in “The Terminal”. 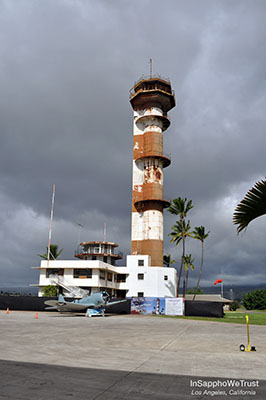 Templehof Airport in the centre of Berlin, Germany was once the largest building in the world. After the Second World War, it played a key role in the airlift which saved the German capital from the Soviet blockade. It closed down in 2008 and has today been converted into an enormous public park. At the same time, some of its buildings are used as venues for concerts, festivals, meetings and all kinds of events. Not only was it not abandoned, but it enjoys as much life today as when it was an airport.

The old Quito Airport in Ecuador was located to the north of the capital. It had to be transferred to a new location because it was strangled by urban growth. As in the case of Berlin, a large public green space called “Parque del Bicentenario” was created on its location, where all kinds of events are held.

Nicosia Airport in Cyprus has indeed succumbed to the passage of time after its closure in 1974 as a result of the Turkish invasion. An abandoned aeroplane in the middle of the runway and a building in ruins are witnesses of the passage of time and an uncertain future.

Yasser Arafat International Airport in the Gaza Strip is one of the airports which has had the shortest lifespan as a result of war. It was opened in 1998 and closed down in 2001. Today the ruins of what was once the terminal still stand and a multitude of craters pocket what were once the apron and runways.

El Toro Air Base (Irvine, California, USA) stopped being used as an aerodrome in 1999. Its extensive airport facilities were no longer used, though this was just a step to reconvert the area into a huge park and residential areas. In the meantime, it has also become an important asset for the Hollywood movie industry because it was used as a movie set for films like “Independence Day” and “Heartbreak Ridge”.

The list of abandoned airports or reconverted airports to give them a new lease of life is long. Some stories are truly curious. We invite you to get to know some of these facilities in detail. You can see information on them by clicking on the following links: