This month we’ve thrown together some of the key figures published for 2012-2013 by the world’s leading international organisations in the sector (IATA, OMT, ATAG, ACI), along with a number of specialist entities (Amadeus, Oxford Economics, Airbus, Boeing) and condensed them into an infographic. This allows us to see a little more clearly the importance of that magical relationship between aviation and tourism. 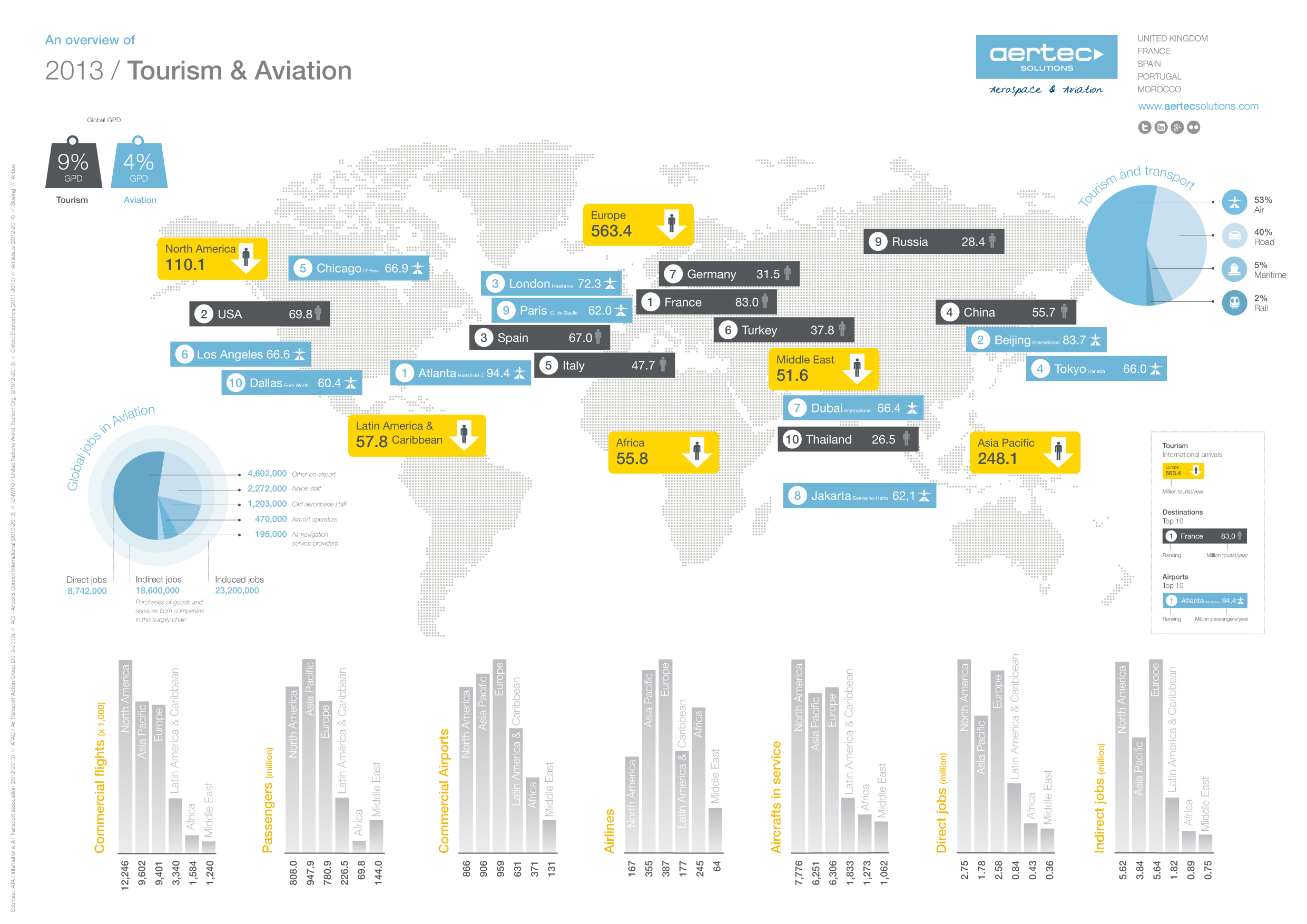