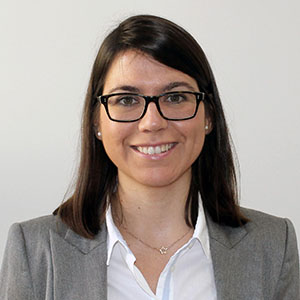 The halting of activity due to the Coronavirus has affected airports in many ways. Passenger traffic dropped to around zero and airports were packed with dozens of aircraft. The aprons do not always have enough space for so many aircraft, and many airports resorted to using other paved (and even unpaved) areas – even though they are not designed for this use.

Parking aircraft in non-parking areas requires monitoring and evaluating the condition of pavements to ensure they are in good condition before restarting operations.

Traditionally, the aircraft aprons have been designed primarily from rigid pavement (concrete), because it is more resistant to static loads than flexible pavement (asphalt). Furthermore, concrete is not susceptible to degradation by spills such as fuel, oils etc.

These days it is common to see photos of airport runways converted into improvised aircraft parking lots, but is the pavement really prepared for this? The answer is, theoretically, no, at least not for a prolonged period of time. The static load that an aircraft’s main landing gear transfers to the pavement is enormous. If this load is prolonged over time, the asphalt could begin to deform, due to its natural viscoelasticity. And, given that asphalt is more sensitive to high temperatures, and the hottest months of the year are upon us, these deformations could be more likely to occur.

However, another factor to be very aware of is that, in the case of fuel spills, asphalt is more susceptible to reacting to this type of product. In the presence of hydrocarbons, bitumen could begin to dissolve, which would provoke a loss of cohesion and the deterioration of the asphalt surface course. This would negatively affect the superficial characteristics of the latter, such as the macrotexture or the friction coefficient, which are fundamental for ensuring adequate drainage and tire friction to avoid problems such as hydroplaning.

The combined effect of all these factors could lead to pathologies in the asphalt such as soft spots, cracks… which reduce the pavement’s lifespan if they are not properly treated. To avoid this, various entities (the FAA, Airbus, etc.) have launched recommendations for optimizing massive parking of aircraft: prioritize parking in areas with rigid pavement, maintain sufficient security distance between aircraft to permit their maintenance, minimize aircraft loads, partially deflate tires, follow the manufacturer’s recommendations for distributing loads as evenly as possible, etc.

Airports already conduct periodic checks to monitor pavement conditions and, given the current situation, these regular events should be reprogrammed to a certain extent. The ACI (Airports Council International) is even considering recertification of runways and taxiways used as aircraft parking lots during the Coronavirus crisis, before restarting operations.

However, in addition to the pavement, other elements need to be inspected and tuned-up before returning to the normal operation of flights using these infrastructures, for example: AGL, paint, the drainage network or the proliferation of vegetation and animal species on the airfield strip with the danger they pose for the generation of FODs…

The massive parking of aircraft in airports created quite a challenge for airport operators. Restarting operations is creating an even larger challenge and pavements must be prepared for that. We hope aircraft will soon be crossing our skies as it was before the pandemic. In the meantime, airport managers have a unique opportunity to carry out maintenance work on infrastructures, which would be, under normal conditions, expensive and complicated, as they would have to be coordinated with the airport’s frenetic activity.