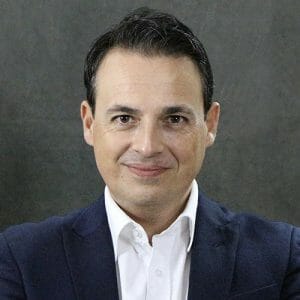 How many of you have dreamed of going into space? How many of you have looked out of your bedroom window and gazed at the sky intent on spotting a celestial body or unidentified flying object? It is innate to human beings to be interested in the unknown, and what could be more unknown than what’s out there in space?

Nowadays, there are different technologies and applications that will allow ordinary people to get a little closer to what’s happening out there, allowing us to monitor the spacecraft orbiting our planet. One of the most pursued and interesting objects is undoubtedly the International Space Station (ISS), which is usually visible at dusk.

There are already a number of applications that will allow you to follow what’s going on above our heads in real time, especially regarding the International Space Station.

What is the International Space Station?

The International Space Station is a research centre located in the Earth’s orbit that is dedicated to the administration, management and development of hundreds of experiments and tests carried out by universities, laboratories and research centres from around the world. To monitor all the tasks, it maintains a permanent crew made up of astronauts and researchers from the National Aeronautics and Space Administration (NASA); the Russian Federal Space Agency (Roscosmos); the Japanese Space Exploration Agency (JAXA); the Canadian Space Agency (CSA) and the European Space Agency (ESA).

A new milestone associated with the ISS has recently been reached, because 8:51 on October 31st 2000 was the last time every human being was located on Earth. Since that day there have always been at least two people in orbit as crew members of the space station. The number of occupants has varied between 2 and 13, although it is most usual for 6 people to stay there at the same time. A total of 241 astronauts from 19 countries have visited the space station so far.

Is it possible to find out where the International Space Station is at any given time?

The International Space Station flies over our planet at an altitude of approximately 400 kilometres every day. Can it be seen? Although it may seem strange to you, the answer is yes, mainly at twilight, since it reflects sunlight. In fact, the ISS is considered the second brightest object in the sky at night, after the moon and ahead of the planet Venus.

The International Space Station is considered one of the great milestones achieved by human beings. Beyond the technical complexity of a project of this magnitude, the enormous and close international collaboration that has made it possible is itself remarkable. Hundreds of scientists and companies from countries, some openly antagonistic, have worked side by side to ensure that everything functions correctly.

But, going back to where we started, people often wonder how it is possible to see the ISS from Earth, from our window. The advance of technology associated with the Internet and mobile applications has put this possibility in the hands of any user.

There is a great website available called Spot The Station where you can find out its location in real time. This platform was set up by NASA itself and through it you can find out where the International Space Station is located in real time and estimate when you will be able to see it based on your location.

Once you have accessed the NASA website, go to Spot The Station, where a map of the position of the International Space Station according to the different regions of the planet is displayed. This shows you where the International Space Station is from the perspective of the place where you are, that is, from your position. To make this possible, all you need to do is enter the name of your town, city or region.

In addition to showing you where the International Space Station is located, NASA also informs you of the best times to enjoy the experience of seeing the ISS. It does this by telling you the time it will be visible in the sky, as well as the optimal coordinates for viewing it and the length of time it will remain in view. Finally, you can also subscribe to the alert service available on Spot The Station so that you are notified every time the spacecraft is near your location.

There are other applications on the web or downloadable for mobile phones that are also a reference for the location and visualization of the ISS. These include Heavens Above, ISS Tracker, ISS on Live, ISS Detector and others.

Being in space without leaving home has never been easier. Now, thanks to these types of applications and the dissemination work of the different space agencies, you can make your dream of monitoring and controlling what happens up there come true. What are you waiting for? Get observing the International Space Station!