When aeroplanes are withdrawn from service 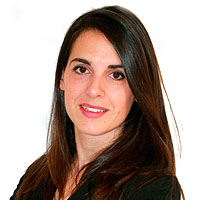 What happens to aeroplanes after their useful life? After being in service for 20 or 30 years, aeroplanes tend to end up in so-called “aeroplane cemeteries“. These are usually located in deserts because the climate there helps to prevent materials from rusting due to the lack of humidity. Furthermore, a square metre of land there is much cheaper than in areas closer to populations centres or in other more habitable places.

When seen from the air, the vast expanse of land needed to house aircraft of all sizes as well as their arrangement on it is striking, giving rise to a unique landscape. Some examples include: the AMARG (Aerospace Maintenance and Regeneration Group), otherwise known as The Boneyard, in Tucson, Arizona, which contains more than 4,000 American Air Force military aeroplanes; the Pinal Airpark for commercial aircraft, which is also in Arizona; and the Khodynka Aerodrome in Moscow, which is full of Soviet aircraft abandoned after the end of the Cold War in a curious X-shaped layout. We have industrial airports in Europe which are ready for such purpose, like the one in Teruel, whose facilities house dozens of parked aircraft, though the possibility of reconverting them into official aeroplane dismantling centres is being studied.

These aeroplane scrap yards hark back to another era. Visitors can see a wide variety of aircraft which have been withdrawn from service that delight aviation enthusiasts. At times, these unique settings are used to shoot movies and music videoclips in such an astonishing landscape.

These spaces geared at storing aircraft arose after the end of the Second World War and gradually increased in number as aircraft which had become obsolete after their useful life were received. Some aircraft are waiting for when they will be required for new projects, others will be restored for a possible sale at a more affordable price and others will be totally dismantled to take advantage of any of their parts which are still useful and can be reused in current aircraft (known as cannibalisation). Lastly, a decision is sometimes made to recover raw materials from anything which is not usable otherwise.

However, new opportunities are also arising. There are some companies dedicated to using these parts to sell them as aviation-style furniture parts. This is an exclusive and booming market.

A new problem is encountered with so many tons of metal waste materials; namely aviation waste management. Until recently, aluminium, titanium and steel were the most commonly used materials, which were easy to salvage and recycle. This has become more complex, however, with the recent introduction of composite materials, leading to a problem that still needs to be resolved.

It is essential to take into account that the materials we use today will be the future’s aviation waste. This entails the responsibility of looking into what we can or should do with them in future years. Several projects are presently being carried out to conduct research on recycling or reuse possibilities geared at reducing the environmental impact produced by this kind of waste.

Thermostable composite materials cannot be melted down like thermoplastics to manufacture new products and are therefore particularly difficult to recycle. They are currently being recycled mechanically and most of the base material’s properties are destroyed. Another option resides in incinerating them to recover some energy at least.