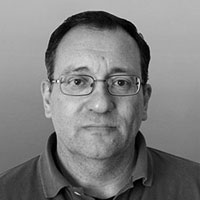 Internal Client: “Any member of the organisation who receives the result of a previous process” (the work’s recipient).

“As a consumer DEMAND Quality, as a producer PROVIDE Quality”. Thus read an old poster used in Spanish industry years ago to raise the staff’s awareness about the human factor’s transcendence in Quality.

As a matter of fact, it’s up to us to do things “as they should be done”, or to do them in a shoddy way “just to get by”. The company of course pays us to do our work “well”, but what does doing things “well” consist of in terms of Quality?

In general, it is accepted that:

“Quality is meeting specifications” (neither more nor less).

Doing things as they have been defined. Not worse, of course, but not “better” either (although Ethics lead us to always attempting to do “the best we can”).

Furthermore, “better” is not synonymous to “well” in Quality.

But is it really enough to “just” meet specifications?

All workers should have a clear idea of what their work consists of. Not only “what” they have to do and “how” to do it, but what it serves for and how it is integrated into the rest of the process. In short, they have to know who their Internal Client is and think about the person who is going to receive work they are doing, even though it is not set forth in any specification.

Let’s have a look at an example.

Let’s imagine an activity that consists of scanning certain documents and “uploading” them to the company’s management system. The activity’s mechanics are rather simple, aren’t they? Sheets are taken out of their folders, they are scanned and then uploaded to the system, and that’s it!

And it can indeed be like that… if we only observe the mechanical part of the process. However, if we place ourselves in the shoes of the person who will later have to work with what we are scanning, it may happen that we have scanned:

In other words, technically speaking everything would have been scanned, but pity the poor soul who will have to work with the result or locate a specific document!

The amount of time lost because of the poor quality of the work received is astounding (clarifying doubts, searching for data, making checks…)!

Any activity, no matter how simple it may seem, has its importance and repercussion if it is well planned. Everything that facilitates the work done in the next link of the chain is contributing towards the System’s overall efficiency.

The benefits of working and thinking about our internal client are evident and easy to admit when the entire process is carried out within the same Company. But what happens when we work forming part of a larger project and the immediate beneficiary of our work is not the direct Client who pays, but rather another one of the auxiliary Companies? When the result of our work facilitates the work of another company which is not our own.

The mere fact of raising this question already reveals a short-sighted view of the matter. When we all work mutually facilitating each other’s tasks, the System’s efficiency is optimised.

“Deliver your work in the same condition that you would like to receive it”.

This is always important, but especially so for consulting companies, which often work directly for the workforce of the contracting company.