The use of RPAS in fire extinction 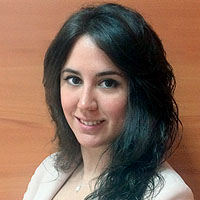 The real revolution in the world of RPAS(1) resides in the ability to provide them with some capacities and uses that turn out to be beneficial for a certain activity. The technology needed for flight control, autonomy and communications has already been developed thanks to commercial aviation. Any innovations are therefore mainly aimed at possible applications.

RPAS can be used as a very efficient fire fighting tool.

We can presently observe many applications in unmanned aerial vehicles. We are surprised by new ones on a daily basis. But let’s focus on an especially interesting and useful one: firefighting. Thousands of hectares are burned around the world every year, killing hundreds of people and causing great damage to natural environments and populated areas.

Unfortunately, the authorities have to face very large fires with flames that can reach a height of up to 30 or 40 metres, which are very difficult to control. On too many occasions, air tankers cannot do their job effectively, since the water they release evaporates before reaching the fire. For their part, RPAS have yet not made a meaningful contribution due to the limitations imposed by their payloads. This, however, seems to be changing.

Some companies, universities and research centres have focused part of their efforts on innovating in this field. They are contributing solutions on several fronts, such as: achieving greater positioning accuracy to reach the very heart of the fire, enhancing materials’ resistance to high temperatures, increasing the capacity to carry liquids and adapting innovative unloading systems.

The Carlos III University in Madrid, for instance, is using the EGNOS system to correct GPS signals and provide them with greater accuracy. They additionally propose to merge sensors (e.g. visual or multispectral sensors) to attain optimal accuracy. The challenge in this case resides in arriving at the exact point which is crucial to put out or control a fire in each case.

A drone known as the Hopper should also be mentioned, which innovates in the atomisation of water. It is a device equipped with the capacity to carry up to 300 litres of a firefighting liquid that can reach the ground directly thanks to an atomisation system and directed-spray technology. Even if the water evaporates, it takes advantage of the evaporation to stifle the fire by shifting oxygen out, thereby working like a firebreak to prevent the fire’s propagation.

What this innovative system does is to atomise the water by segregating it into small droplets, thereby enhancing its efficiency. The ability to exercise control over the kind of atomisation, its direction and the volume of water released can be adapted to the kind of fire being dealt with in order to make sure the system is effective under different conditions. Magnetic, thermal and geolocation sensors have also been fitted to ensure flight autonomy and operation.

Another example was devised by the University of Montana in the Dronefire project, which has made great progress in forest fire monitoring and management. A spin-off aimed at developing autonomous systems to help extinguish fires was added to this. These self-homing systems contribute to stabilising areas which have recently been extinguished and firebreaks with relative small loads of water. They have likewise innovated in the kind of liquids to be used and atomisation systems.

There is still a lot to do in this field, but initiatives like these are a good starting point for the use of RPAS in such a crucial matter like firefighting.