The US airport system 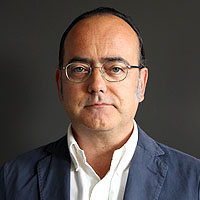 The first thing that comes to mind when hearing people talk about US airports is the huge number of airports and their large size. As a matter of fact, the figures speak for themselves, as we will see below. According to the Airports Council International (ACI) report for 2015, six of the twenty airports in the world having the heaviest passenger traffic are to be found in the USA. More specifically these are the airports in Atlanta, GA (ATL), Chicago, IL (ORD), Los Angeles, CA (LAX), Dallas/Fort Worth TX (DFW), New York City, NY (JFK) and Denver, CO (DEN). Atlanta Airport was the very first airport to exceed the magical figure of 100 million passengers after recording 5.5% growth last year.

The US airports will have to adapt quickly to the rapidly growing traffic figures.

In terms of the number of operations, US airports do not lag behind. The United States managed to situate eleven airports among the top twenty airports on this list in 2015.

Concerning traffic forecasts, the scenario set out by the Federal Aviation Authority (FAA) in its 2016-2036 Aerospace Forecast is particularly striking. In this report, the FAA anticipates that the figure of international passengers (‘to and from the US’), including American and foreign airlines, will rise from 200 million passengers in 2015 to almost 450 million passengers in 2034. The highest percentage of these passengers will fly to/from South America (37%).

Several factors are contributing to US airports undergoing significant growth rates year after year. Some of these include the strong demographic growth seen in states like Florida, Texas and California, and economic activity growth in cities like New York, Chicago, Miami, Denver, etc., which are growing once again after being badly hit by the 2007-2009 economic crisis (like parts of the rest of the world).

All this means that the airports, which are owned by a highly varied range of entities in terms of business models, will have to adapt quickly to the rapidly growing traffic figures. The problem will surely arise when the periods needed to complete the necessary investments exceed the time scales required to place the new infrastructures into operation.