The race to the Moon 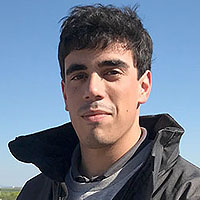 Last summer, one of the best-known figures in Spanish sport questioned, over the social network Twitter, the veracity of humans having landed on the moon in the Apollo missions. Fortunately, Twitter went up in arms, and the focus of the debate was not whether or not humans had actually landed on the Moon, but rather the grave fact that in 2018 there are still people who question this historic event.

Apollo 11 landed in the Sea of Tranquillity on 20th July 1969, and 2019 therefore marks its 50th anniversary. It was the first time human beings visited another world and, in my opinion, it is still the greatest adventure in human history.

Much has changed in the space race from the 1960s to the present day. The socio-political context, technology, budgets and capabilities of today’s government are notably different, although the challenge appears to be almost the same.

Only seven years elapsed between the moment President Kennedy famously said “We choose to go to the Moon in this decade, not because it is easy but because it is hard,” and the moment Neil Armstrong left his first footprint in the Sea of Tranquillity. If nowadays humanity is far from having the necessary technology to reach the Moon, in 1962 the outlook was no better. Only a year had passed since the very first manned orbital flight, and that flight had taken off from the other side of the Iron Curtain. The extent of American experience in manned orbital flights was the seven months that had passed since John Glenn flew on the Mercury-Atlas 6 mission.

Given this context of patent inexperience in very innovative technology – how could such an ambitious scientific and technological development have taken place in such a short amount of time? It came down to having a succession of meticulously planned projects, actions, challenges and events that all had a clear goal. Each mission had an objective, and all were part of a common project. Let’s look at some relevant events that took place during that period:

Sputnik crisis and the foundation of NASA

On 4th October 1957, the USSR launched the world’s first artificial satellite, Sputnik 1, from the Baikonur Cosmodrome (the largest and oldest space launch facility in the world, still in operation), as a contribution to the International Geophysical Year, proposed by the UN.

The satellite was a very simple design (an aluminium ball inflated with nitrogen and two radio transmitters), but it demonstrated the Soviet Union’s ability to put weapons into orbit, as well as its notable superiority over the United States in terms of space technology.

The United States did not like the fact of having a Soviet 80 kg ball flying continuously over its territory for months on end. This resulted in the so-called Sputnik crisis, which led to the foundation of DARPA (Defense Advanced Research Projects Agency), to develop military space technology, and NASA (National Aeronautics and Space Administration), to develop civil space technology.

The first American manned space programme was Project Mercury. The Mercury spacecraft was a single-seater capsule powered in the first suborbital flights by a Redstone rocket and, later, by an Atlas rocket for orbital flights. The first group of American astronauts, known as the Mercury 7, were chosen to man the Mercury capsules. All the astronauts were outstanding military pilots with a lot of experience in test flights and a very high level of technical training.

Between 1960 and 1963 there were 11 Mercury missions (10 of which were successful): 6 of them were manned by humans, one was manned by a chimpanzee named Ham, and 4 of them were unmanned.

Project Mercury was a first step toward Kennedy’s goal, but more ambitious missions were needed in order to ultimately conquer it. Project Gemini began in 1965 and, although it is not usually recalled by the general public, it was fundamental in developing the technologies and techniques necessary to carry out missions to the Moon. The Gemini spacecraft was an evolution of the Mercury spacecraft, and was a bit bigger, with capacity for 2 astronauts and the possibility of carrying out manoeuvres to change its orbit.

A total of 11 flights were made between 1964 and 1966. Among the significant milestones achieved by this programme, the following stand out:

In addition to this series of objectives set and accomplished, the Gemini 8 mission left an extra legacy: the sangfroid of Neil Armstrong, who resolved a critical situation in orbit that almost resulted in a LOCV (Loss of Crew and Vehicle) event. Once the Gemini 8 spacecraft had docked with the AGENA unmanned vehicle, the Gemini-Agena assembly began to spin out of control. Assuming that the origin of the rotation was a malfunction in the propulsion system of the AGENA vehicle, they proceeded to decouple. However, that worsened the situation, which showed that the problem was in the Gemini spacecraft itself, and that the AGENA vehicle had actually been helping to maintain a more moderate degree of rotation. The situation became critical, but Armstrong was able to respond: he managed to regain control and carry out a controlled re-entry into the atmosphere.

Although the Apollo programme officially began in July 1960, the first manned flight did not take place until October 1968, with the Apollo 7 mission. The Apollo spacecraft had capacity for 3 astronauts, and had a thermal shield capable of withstanding re-entry into the atmosphere from a lunar trajectory. It consisted of a command module, service module (unmanned) and lunar module.

In order to place this assembly into Earth’s orbit and carry out the trans-lunar injection, the US built the Saturn V rocket, a launch vehicle that still holds the record for the highest payload capacity in history (118 tonnes into low Earth orbit). To put this into perspective, SpaceX’s spectacular Falcon Heavy can “only” put 64 tonnes into low Earth orbit. With this level of technology in hand, it only took 4 giant steps and 7 months to reach the Moon:

The Apollo 11 mission was followed live by around 600 million people across the Earth, and demonstrated the technological superiority of the United States over the Soviet Union. The only thing that is widely known about the latter’s lunar exploration programme (unfairly) is the spectacular N-1 rocket explosions.

Between 1969 and 1972 there were 6 additional lunar missions, with 5 total successes and one partial success (the Apollo 13 crew returning alive).

When the Apollo spacecraft and Saturn V rocket were withdrawn from service in 1975, mankind lost the ability to visit other worlds. Coinciding with the 50th anniversary of the success of Apollo 11, the United States government recently introduced the Artemis programme, with the aim of setting foot on the moon again in 2024.

Much has changed in the space race from the 1960s to the present day. The socio-political context, technology, budgets and capabilities of today’s government are notably different, although the challenge appears to be almost the same. Will we soon be seeing new footprints on the Moon?