The presence of birds at airports 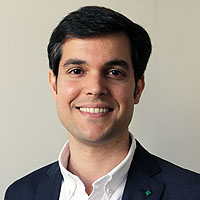 The presence of birds when aircraft take-off or landing manoeuvres are carried out may lead to unforeseen situations. The impact of a bird can cause serious damage to an aircraft’s engines or windows and consequently endanger its passengers and crew.

That is why it is essential to apply techniques to prevent the presence of birds at airports across the world.

First and foremost, it is necessary to ensure that there is nothing that could attract birds in the airport’s surroundings, which may include:

Aside from these preventive actions, there are different methods to drive away invasive birds and ensure the possibilities of a collision are reduced as much as possible.

It is curious to see that scarecrows can be found at some airports which are similar to the ones found in farms. This measure is evidently rather poor and not very effective if it is not accompanied by other deterrents.

A widely used method is to emit sounds which scare birds away. To do so, blank rounds are fired, flares launched, the sounds of birds of prey played, etc. This technique is initially effective, but birds get used to the sounds after some time. They consider them as part of the habitat and stop responding to them.

Falconry is the most effective measure today. Experts in training birds of prey work at airports to keep other kinds of birds at bay. In this case, the same does not happen as with the other measures mentioned above because animals never get used to the presence of their natural predators and always keep away from them. In spite of this, the places and timing of actions are not repeated to prevent invasive birds from getting used to a pattern of behaviour they might try to avoid.

Falconers sometimes use dogs, which are also trained to detect and scare away any invasive birds which may be hidden and unseen by the birds of prey.

This measure respects nature, given that preventive and deterrent flights are made to keep birds away. If a bird of prey intervenes directly and hunts down a bird, it will always go for the weakest animal, applying the principle of natural selection.

Once again, nature itself provides the best response to a problem, which in this case is air safety.