The legend of the aeroplane named “Cuatro Vientos” 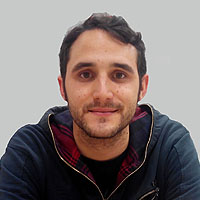 The history of aviation has lost appeal over the years due to more advanced technology, scanners, radars, cameras, sensors and other gadgets, etc., along with thousands of changes in concepts, processes, ideas and projects carried out over many years by workers dedicated to aeronautics and changing societies which have allowed it. Nonetheless, today we can still find interesting stories, adventures and legends from the past which still strike a chord in us. A good example of this is the story featuring Captain Mariano Barberán, Lieutenant Joaquín Collar and the Sargent Modesto Madariaga, the legend of the aeroplane christened “Cuatro Vientos” (Four Winds).

Far from the idiosyncrasies of trade and business competitiveness which surround us today, this story I am rescuing from the past and summarising briefly focuses on overcoming challenges which were up to then unimaginable, just when everything was under development and the challenges posed were “to fly were no man has ever flown before“:

“It was 1933 and Captain Mariano Barberán, a pilot, navigator and Director of the Cuatro Vientos School of Observers, started to conduct a thorough study of the Atlantic Ocean’s weather patterns in order to find a route that could be followed to make a non-stop flight from the Iberian Peninsula to the Antilles by crossing the middle of the Atlantic Ocean.

He planned the flight in two stages: the first measuring 8095 Km from Seville to Havana, Cuba via the Island of Madeira and San Juan in Puerto Rico, around 6000 Km of which were over the sea; and the second measuring 1920 Km from Havana to Mexico D.F.

Barberán chose Lieutenant Joaquín Collar as his flight companion, who was considered to be one of the most experienced and skilful pilots of the time. The plane’s flight mechanic was Sargent Modesto Madariaga, who had combat experience.

The aeroplane, christened “Cuatro Vientos”, was a Breguet XIX TR Super Bidon equipped with a Hispano Suiza 12 Nb, V-12 water-cooled engine with a maximum power of 720 hp built at the Constructiones Aeronáuticas S.A. factory in Getafe, Madrid. Its fuel tank could carry up to 5325 litres. The plane’s service ceiling was 6700 metres and its maximum cruising speed was 190 Km/hour.

The plane was taken out of the hangar at 02:00 hours local time on 10 June 1933 and refuelled with 5300 litres of petrol and 220 litres of oil. It crossed the Spanish coastline over Sanlúcar de Barrameda, at the mouth of the Guadalquivir River, at 15:39 local time on 11 June. It then followed Columbus’s route and landed at the Camagüey Aerodrome in Cuba after a flight lasting 39 hours and 55 minutes with only 100 litres left in its fuel tank.At 05:52 local time on 20 June, it took off from the Columbia Aerodrome to fly the 1920 km of the second stage of its journey, which would take it to the Mexican capital. The route had only been planned up to Villa Hermosa. A decision on the rest of the route was to be taken depending on the prevailing weather conditions.

The 21 Mexican aeroplanes which were to escort it took off at 13:40 local time to meet the “Cuatro Vientos”. They returned four hours later amidst a terrible storm without having spotted it. An order to search for the aeroplane was issued at 20:30 local time. From the moment it disappeared, false news, hypotheses and speculation flooded the newspapers. The only certainty was that Mariano Barberán, Joaquín Collar and the “Cuatro Vientos” had flown straight into legend during their last flight. The International League of Aviators awarded them the Harmon Trophy in 1933“.

The legend of the Cuatro Vientos is yet more proof that many of the processes we still carry out today can lead us to historic triumphs and break with what has been considered normal up to the present. They are as important to achieve as crossing the Atlantic was in those days and constitute a personal challenge, without ever losing sight of the future.