The impact of wildlife on aviation 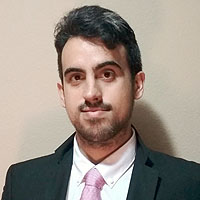 The animal kingdom, and especially birds, has served as a model when it comes to designing the aircraft that humans use to fly through the skies. But there is another related field that is currently of increasing interest: collisions between aircraft and animals, known as wildlife strikes.

The study of the factors influencing the incidence of collisions with animals is on the rise, and the effectiveness of its mitigation is growing. However, we should also highlight that the margin for improvement is still very great…

We should remember that, although these are commonly referred to as bird strikes, incidents can occur with other species, including land mammals, such as dogs or rabbits, as well as insects, which are also included in the category of collisions with animals.

Although it is a problem that can affect other areas, including cases of collisions with trains, cars and even theme park attractions, its most recognised field of analysis is aeronautics. Within this field, the airport area stands out, although its study is also applied, for example, to the design of safer air routes that avoid the migratory routes of birds.

The focus on airports can be explained with a single piece of data: according to the ICAO, 90% of incidents occur around airfields. However, the possibility of impacts during the cruise, although much smaller, does still exist, as several records have shown. The collision between a Rüppell’s vulture and a B747 at an altitude of 11,300 metres over Côte d’Ivoire stands out for its record altitude.

Looking back, the first known record of a bird strike is the one that occurred to Orville Wright in 1905. But it wasn’t until 1960 that aircraft began to be required to have a minimum standard of resistance to bird collisions. That year saw the crash of Eastern Air Lines Flight 375, with 62 fatalities, when the aircraft’s four engines were damaged due to its flying through a flock of birds.

When it comes to the effect of a collision with an aircraft, the critical factors are the weight of the animal and the speed of impact. The areas most frequently affected are the nose of the aircraft, the leading edges of the wings and the engines.

Nowadays, for an aircraft’s certification, a test must be performed that evaluates the ability of an engine to withstand the ingestion of a medium-weight bird (or ballistic gel model) without it causing critical damage. Passing this test is not easy, bearing in mind the complexity of the engines, which consist of a large number of moving parts. However, the requirement for the vertical stabiliser is even greater, because of how critical this element is for the aircraft’s direction.

With regard to birds, although each species has its own peculiarities, two major migrations can be distinguished: prenuptial (spring) and postnuptial (autumn) migrations, both of which result in an increase in the number of incidents. The latter carries a greater risk, as the journey is undertaken by parents with their offspring, which increases the number of migrating birds. What’s more, young birds are more likely to deviate from the usual route due to their inexperience.

And what do airports do to mitigate the risk? Broadly speaking, measures can be classified into two groups: lethal and non-lethal.

The application of non-lethal measures, such as visual, auditory or chemical repellents, is of greater interest. An interesting example is the provision of feeders in the vicinity of the airport that provide food that contains sterilisers. This would slow the growth of populations while they are living in the vicinity of the airport, but its effect would disappear if they moved away from the area.

This type of measure aims to protect and respect the environment, specifically wildlife, as agreed in 1918 with the publication of the Migratory Bird Treaty Act, one of the first environmental laws enacted in the world, which celebrated its 100th anniversary in 2018.

We should remember that the behaviour of animals is often affected by human actions. A clear example can be seen in construction works or certain leisure activities, which end up generating an added risk of collisions by displacing animals from their natural habitat due to the presence of people or excessive noise, or directly due to the destruction of the habitat.

The study of the factors affecting the incidence of collisions with wildlife is on the rise, although there is still ample room for improvement. In this way, starting from a place of awareness, and going hand in hand with technological advances, improved safety levels can be achieved for human air traffic. But in order to move in this direction we must not forget the importance of respecting those who occupied the skies before us and who, from our very first steps as a species, inspired us to fly.