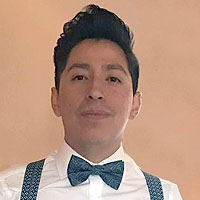 Aeronautics is one of those disciplines which tends to have an emotional impact on anybody who comes into contact with it for the very first time. The size of aircraft, the experience of flying, the environment of airports…

It was no different in my case. I remember the first time I got into an aircraft. I was around eight years old at the time and it was a flight from Madrid to Tenerife. I felt an emotion that is difficult to put into words. It was the sensation of being inside a science fiction movie: everything was so new and unknown. I remember bombarding my mother with questions like: Why can an aeroplane fly? Why don’t the wings move like those of birds? How much does the aeroplane weigh?…

From the moment I set foot in that passenger cabin, I had no doubt that I wanted to dedicate myself to manufacturing aeroplanes in the future. At that moment, they seemed like fascinating vehicles to me, something which I still feel today.

Well then, some time ago I got the chance of flying on an Airbus A380 for the first time and I recalled the sensation I felt when I got on an aeroplane as a child. The same questions cropped up and I felt the same fascination when I saw such an ingenious machine. Seeing the A380’s S19 (the rear end of the fuselage) in a workshop is one thing, but seeing it before you completed and operational is something altogether different. You have no idea how huge it is until you have it right there in front of your eyes.

For some years now, we are almost used to seeing the Boeing 747-400’s silhouette with that unmistakable hump. It is an aeroplane I have also had the fortune to fly on several occasions. However, though I have to say that the sensation of flying is indescribable, flying on a 747-400 is not the same as flying on an A380.

To clarify what each of these giants of the air represents, here is some data:

Boeing was the indisputable king of the skies for 30 years with its wide-bodied aeroplane until the A380 arrived. Generally speaking, the A380 is more efficient and offers greater passenger capacity.

Some curious facts about the A380 are set out below:

The A380 has not been as successful as initially expected due to its huge size, which prevents it from manoeuvring at most international airports (the A380 is a Category F aeroplane and can therefore only land or take off at airports having the same category or at Level-4 airports). It can currently be operated from only 66 cities in the world, including Madrid and Barcelona. Emirates owns the largest fleet of A380s, having ordered 90 units. A total of 317 aeroplanes have been ordered, of which 210 have been delivered (which are already operational) and 107 are held in reserve.

In spite of this data and the difference in age between the aircraft, the Boeing 747 is still especially attractive for many people. As a matter of fact, both planes compete with each other.

In terms of their suitability for airlines, the A380 is more efficient, though the initial investment required is greater than that of its competitor from the other side of the Atlantic.

Lastly, it should be noted that the A380 does not have a cargo version. Though it was initially planned awaiting orders, it was never placed into production. The Boeing 747 no has competitors in this segment.

My advice is very clear: enjoy both aircraft when you get the chance, since they both offer a unique experience.