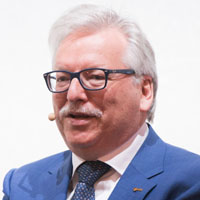 Science is the underpinning theme of the European Space Agency (ESA). From the exploration of our Solar System and the big questions about our place in the Universe to the development of satellites, rockets and technologies to get there, science is a key driver that unifies all of our activities.

Our successful space science missions have roamed the Solar System, including two landings on distant celestial bodies that constituted “world firsts”– namely the Huygens landing on Titan in 2005 and Rosetta dropping a lander on a comet in 2014. We have observed the Universe across the electromagnetic spectrum, addressing a wide range of processes in our cosmos, from planets and exoplanets, to stellar and galactic physics, and from black holes and active galaxies all the way to the big bang’s relic radiation.

The last few years have seen Europe developing international leadership in a number of key areas of space science, such as the cosmic microwave background (with Planck), precision astrometry (with Gaia), gravitational wave astronomy (with the technology demonstration of LISA Pathfinder and soon with the future LISA mission), exploration of the inner Solar System (we are en route to Mercury with BepiColombo and will soon launch Solar Orbiter), the characterisation of primordial bodies (with Rosetta), and research into dark energy (with the future Euclid mission). International cooperation is a key element in ESA’s strategy, and our Science Programme is a partner of choice for practically all space agencies in the world.

To address the big questions of space science, it is necessary to operate a whole fleet of space missions, almost like an orchestra, each of them with a different tune, which together make the music. It is becoming increasingly important to have international players in this orchestra, because individual agencies can no longer afford an independent orchestra of their own. In particular, this requires a very long-term view in our strategic planning, and early and stable coordination with our international partners.

Long-term strategic planning and preparation over several decades requires targeted technology development for our future flagship missions. One example of this process is our SMART-1 mission to the Moon, which developed and tested the solar electric propulsion now employed by BepiColombo on its way to Mercury – a technology that will hopefully be used again in future Solar System missions. We are preparing a whole fleet for exoplanet studies, based on technologies developed in previous cycles.

Another example is SMART-2, now known as LISA Pathfinder, which has developed drag-free inertial control as an essential ingredient for our future gravitational wave observatory, LISA. The mirror technology development for our future large X-ray observatory Athena builds on decades of experience, for example with XMM-Newton, and new robotic manufacturing tools. Together, Athena and LISA will open a whole area of multi-messenger studies – “bringing sound to the cosmic movies”.