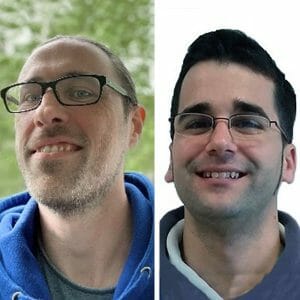 It seems like a story taken from The Outer Limits but unfortunately, it is absolutely true (or an urban legend for the most skeptic people): The Bermuda Triangle existed and was a complete enigma without explanation at the beginning (and for many, for a good part) of the twentieth century. Constituted by an equilateral imaginary triangle that linked the points of the islands of Bermuda and Puerto Rico with Miami, it was the place of one million square kilometers where more strange phenomena, especially in aeronautics, occurred during the decade of the 50s and 60s. And before, in maritime navigation.

Far from the legends and myths related to this mysterious place, a scientific explanation exists for past events as well as advances that allow to prevent future events.

Among the myths and legends, many of them created by Charles Berlitz, are the appearance of the HMS Rosalie without crew bound for Havana, or in similar circumstances the Mary Celeste, or that 5 TBM Avenger aircrafts of the US Navy disappeared, or the disappearance of a Tudor IV Star Tiger with 31 passengers, or a DC-3 NC16002, with 28 passengers and crew.

Many of these stories, made up by Berlitz or adorned by the passage of time, have a simpler than enigmatic explanation: It is an area of hurricane formation and confluence of maritime currents, with which there are usually painful conditions for maritime navigation. But what about airplane navigation? Aren’t instruments useful for flying over storms or circumnavigating hurricanes?

And it is right at this point where the magnetosphere comes into play, that layer formed by the interaction of the Earth’s magnetic field and the solar wind. It extends above the ionosphere, above 500 km in height, protecting life on the surface from the arrival of ionizing radiation from the Sun, and also from a part of cosmic rays, and diverting charged particles towards the magnetic poles, which causes the aurora australis and borealis.  It is, along with the exosphere, one of the outermost layers of the atmosphere and one of the most important, since, without it, life on Earth would practically not be possible, or would be very different from how we know it.

But let’s go back to the important thing, to our triangle. What does it have to do with the magnetosphere? Well, its link is due to the fact that the magnetosphere, in addition to the Earth’s poles as we have mentioned, has other re-entries that, a priori, do not have an easy or unifying explanation in current physics. That is, there are anomalous areas where the solar wind, cosmic radiation and other peculiarities that do not occur elsewhere on the planet (except at the poles), can occur there. And the most famous area is over Brazil, relatively close to the Bermuda Triangle.

In this region for the year 2020 (it is slightly moving from one year to the other), shown with cold colors in the image, radiation levels or ionizing events can be observed with greater probability at lower altitudes, if we compare it with the European, North American or Asian regions. Thus, certain aircraft instruments, such as magnetometers or gyroscopes, especially digital ones, can be affected by excess radiation, and throw incorrect readings, disturbing the trajectory of the aircraft or inducing errors to pilots. And hence, a possible explanation for some of the possible cases of disappearance of passenger aircraft in these regions that, unfortunately, it is more than likely that they had a bad behavior or reading of their instruments, causing a drift in navigation that took them to the desired airport, or leaving them without fuel in the middle of the Atlantic Ocean.

Luckily, the magnetosphere has already been studied very well and we have maps of its behavior and movement, and we can predict what the anomalous zones are and design instruments that resist the expected levels of radiation. Thus, in any type of current aircraft, we always find redundant systems, and if they are especially critical, triple redundant. For example, magnetometers or, more generally, the inertial measurement units of any commercial aircraft, are always based on two or more independent navigation systems and that, for each reading, is supported by data from two or more sensors. In this way, the affectation of a Pitot tube for the reading of the air speed, would not constitute any risk since it can also be measured in a different Pitot tube, or by GPS or by integration of the accelerations experienced (for example).

Similarly, the cosmic radiation that causes changes in the bits stored in the registers and memories of the different microcontrollers, microprocessor and digital systems of the aircraft, are redundant, diversified or hardened by hardware, by software, or by a combination of all of them. Thus, the same register or memory can be:

As is evident, the technique and especially the aeronautics, learns from its mistakes and from other sectors in order to make equipment more and more robust, tolerant to failures or even immune to them. In particular, the various techniques for having readings of the instruments in the aeronautical world, even in the worst possible circumstances, gives this sector a guaranteed security and guarantee support. And that is why, anomalies or adverse conditions, are no longer an impediment to continue taking you to your destination, safe and sound.

This disclaimer informs readers that the views, thoughts, and opinions expressed in the text belong solely to the author, and not necessarily to the author’s employer.