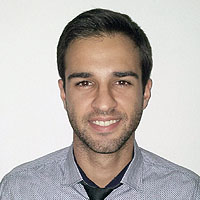 BepiColombo is the first European mission to Mercury. Mercury is the smallest planet in the solar system and is also located closest to our star. ESA (European Space Agency) and JAXA (Japan Aerospace Exploration Agency) are collaborating and joining forces to carry out this mission. Missions to Mercury have not been frequent due to the enormous difficulties and technological challenges involved. One of the main challenges facing any such mission is to enter a stable orbit, due to Mercury’s thin atmosphere and the gravitational influence of the Sun. Likewise, the extremely hot environment has been another of the difficulties that explain why so few probes have been sent to Mercury (Mariner X, in 1974, and Messenger, in 2004).

Mercury and the Earth are the only rocky planets in the Solar System that have their own magnetic fields. This is one of the focus points of the mission.

This mission is made up of two probes that were launched jointly, and which will be placed in different orbits: ESA’s Mercury Planetary Orbiter (MPO) and JAXA’s Mercury Magnetospheric Orbiter (MMO or MIO).

The MPO will orbit the southern hemisphere at low altitudes and, since its orbital eccentricity will be very low, few corrections will have to be made to its instruments. In this way, errors in the topographic surface due to altitude will be greatly reduced, leading to a massive improvement in our knowledge of Mercury’s gravitational and topographic model. It will also allow the attainment of high-resolution images of Mercury’s surface. This probe, with an ion drive, weighs 1140 kilograms, 80 of which correspond to scientific instruments (altimeter, accelerometer, magnetometer, spectrometers, transponder, particle analyser, cameras, etc.).

The MMO, on the other hand, is a smaller probe whose objective is to investigate Mercury’s magnetic field by making measurements and comparing them to those of the MPO. The MMO and the MPO are to be sister probes, which will be coupled until reaching Mercury’s atmosphere, where the MMO will separate and become stabilised by rotation (at around 15 rpm). In the case of the MMO, the scientific instruments will weigh about 45 kilograms (magnetometer, plasma wave instrument, spectral cameras, dust monitor, etc.).

Dual observations using both probes will be key to understanding the magnetospheric processes generated by the solar wind, as they will allow making measurements of the planet’s magnetic field at two different points simultaneously.

The launch of Ariane 5, carrying these two orbiters, was successfully carried out from Kourou (French Guiana) on October 19th 2018, just after dark. Its orbiters are expected to reach Mercury by the end of 2025, where they will face temperatures over 350 °C and a complicated manoeuvre to enter into orbit. Once there, the mission is scheduled to last one year, with the possibility of extending it for another year. During this time, all possible aspects of Mercury and its environment will be studied.

Mercury and the Earth are the only two rocky planets with their own magnetic fields. Because of this, it is possible that we may also achieve a greater understanding of our own magnetosphere, as well as those of other planets in different solar systems.

The name of the mission is a tribute to Giuseppe (Bepi) Colombo, an Italian scientist, engineer, and mathematician who lived between 1920 and 1984. He was especially known for his research on Mercury. Among other contributions, his studies on the peculiar dynamics of that planet and its double sunrises particularly stand out. He is also known for his calculations for maintaining a spacecraft in a resonant orbit of Mercury with multiple overflights, which were decisive for the success of NASA’s Mariner 10 mission in 1974-1975.

The unique double sunrises of this small planet can be seen from certain coordinates of Mercury, where the Sun rises, stops, goes down again almost exactly where it rose, and then rises again to continue its journey through the sky. From other points of the planet, the Sun seems to stop in the sky and move backwards. This is because approximately four days before the perihelion (point in the orbit where it is closest to the Sun), Mercury’s orbital angular velocity is the same as its rotational angular velocity, which causes the Sun’s apparent motion to cease. At the perihelion, Mercury’s orbital angular velocity exceeds its rotational angular velocity. This explains the apparent retrograde motion of the Sun. Four days after the perihelion, the Sun returns to an apparently normal motion through the sky.

Another unique aspect of this planet is its orbital resonance. For many years it was thought that the same side of Mercury always faced towards the Sun, in a situation similar to that of the Moon in relation to the Earth. In 1965, thanks to studies made by radio telescope, the existence of an orbital resonance of 2:3 was discovered (Mercury rotates exactly three times on its axis every two Mercury years), which meant that whenever the planet was in a good position for observation, it was showing almost exactly the same face.

There is no doubt that the BepiColombo mission will help answer many questions about Mercury. However, it will also undoubtedly raise many new and exciting questions to be resolved in future missions.