The air inside an aircraft 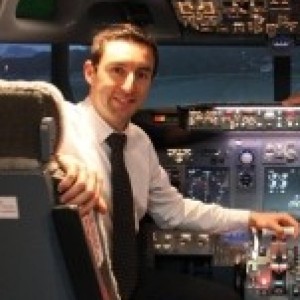 Probably one of the most recurrent myths associated with civil aviation concerns the transmission of diseases in airliners. COVID-19 or Ebola, just like SARS a few years ago, can only actually reach our countries via infected air passengers, and therefore the authorities take measures to limit the risks of an infected person leaving an infected zone. But, other than these very exceptional situations (sitting next to a person infected with a virus is not desirable in an airplane or elsewhere), is the air in airplanes really as impure as they say?

Many studies have shown that the air breathed in a plane is a lot cleaner than that in any other means of transport.

It is actually very clean compared to the air we normally breathe. On all modern airplanes, passengers breathe a mixture of fresh and recycled air, which allows the cabin temperature to be properly regulated, while maintaining an acceptable level of humidity. There is no air storage in an airplane and, while flying in the air, the external air can be captured, which is excessively pure at this altitude. But the external air is obviously not injected directly into the cabin: on the one hand because it is of a very low density, but also because it is at a temperature of about -50°C.

Firstly, the engines absorb the external air via their compressors, which causes it to rise to a very high temperature, with two consequences: all harmful micro-organisms are destroyed, but the air also loses almost all of its humidity, which is very unpleasant for passengers, because they would then dehydrate very quickly, their skin would feel stretched and their eyes would sting, for example. We highlight that there is no contact with the combustion gas, and therefore no risk of inhaling kerosene fumes. Then the air is cooled, compressed and injected into the cabin so that the atmospheric pressure is the same as that found on the ground at an altitude of about 1600m, which is suitable for everyone, including asthmatics.

Airplanes have at least two pneumatic air injection systems. The air is injected through the top of the plane (via ventilation grills and individual vents above each seat) and suctioned towards the bottom of the fuselage. Then half of it is discharged outside of the plane and half is filtered and mixed with fresh air coming directly from the outside. According to Boeing, the filters can capture a record level of between 94 and 99.97% of microbes (for the B787). Ultimately, this continuous cycle is so effective that all of the air in the plane is renewed every two to three minutes! Many studies have shown that the air breathed in a plane is a lot cleaner than that in any other means of transport or in a closed space, including an air-conditioned office or a room with open windows!

The only reproach that can really be made against the air inside an airplane is its level of humidity, which is generally only 5 to 10%. In other words, less than in the Sahara desert! This dryness reduces the effectiveness of the mucous membranes in the nose, which could make passengers more sensitive to viruses in the few hours following each flight. Expensive and heavy systems for humidifying air do exist, but they are not really effective and have unpleasant secondary effects, such as accelerating corrosion or creating drops of condensation. And so, the latest airplanes designed by Boeing and Airbus (the B787 and A350 respectively) took this issue of passenger comfort into account right from the very start. The result is that the level of humidity is almost double in these airplanes, exceeding 15%, which is also made possible through the use of carbon fibres insensitive to corrosion.

There is one last point that deserves clarification: the moment when cabin staff spray the contents of an aerosol can along the full length of the airplane. This is absolutely not a disinfectant, but simply an insecticide product that is harmless to humans. Its only purpose is to kill any mosquitoes that might have had the wrong idea of embarking with a passenger, because that is where the real risk lies: the entry of mosquitoes infected by various tropical diseases into France. Since the 60s, thirty cases of malaria have been counted in France among people living close to an international airport, even though they have never left the country.

So you can carry on breathing deeply on airplanes, knowing that the air will always be purer there than that which you will be exposed to on your travels, or even when staying cautiously at home…