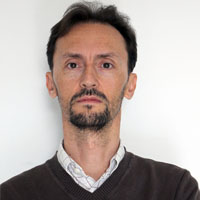 The ADS-B (Automatic Dependent Surveillance-Broadcast) transponder is a radio frequency device that is installed on board aircraft and allows air traffic controllers to see the position and direction of an aircraft in real time. This is done by transmitting radio signals via a network of ground and satellite stations.

The ADS-B transponder is currently an essential piece of technology for the safety and efficiency of air traffic worldwide.

ADS-B uses a variety of information and signals to perform this task. The data it transmits includes:

A series of specific radio signals that are reserved for this purpose are used. This band is known as the aeronautical radio service band (ARS) and is in the 1090 MHz frequency range. This is a high frequency radio band that is mainly used for communication between aircraft and air traffic controllers. In addition to the ADS-B transponder, it is also used in this band for other aviation communication, such as the transmission of navigation information and air traffic control.

It is important to bear in mind that this aeronautical radio service band is exclusively reserved for aviation use and cannot be used for other applications. This is done to avoid interference with other radio systems and to ensure the safety and efficiency of aviation communication.

As this technology provides the position and direction of aircraft in real time, it effectively helps to avoid collisions and guarantee safety. It is also used to improve air traffic efficiency, as it allows aircraft routing to be optimized and air traffic to be reduced. This in turn reduces fuel consumption and greenhouse gas emissions, thereby contributing to a more sustainable environment.

Can ADS-B transponder signals be monitored from home?

Yes, it is possible to track signals from ADS-B transponders from home using a USB type digital radio receiver that can be purchased legally and with specialist software. Once the radio receiver has been connected to a PC and an external antenna that enables good cover, the software can be used to view and track aircraft that are transmitting signals within range of the home device.

There are also websites and mobile apps that offer real-time aircraft tracking services using ADS-B transponder signals collected around the world. These services usually provide interactive maps showing the position and direction of aircraft in real time, as well as additional information such as aircraft altitude and speed. Some of these services also offer real-time alerts and notifications when nearby aircraft or emergency situations are detected. Some examples are: https://globe.adsbexchange.com/ and https://opensky-network.org/network/explorer, in addition to the best known by the general public, https://www.flightradar24.com/

These possibilities for viewing commercial and private flight data have generated controversy recently. This concerns the tracking of the transponder signals of billionaires’ private jets, a matter that has been the subject of controversy in some cases. Some people have argued that tracking the signals of these planes is a violation of the privacy of billionaires and their guests, and that this could expose them to potential security risks.

On the other hand, these signals are public and are part of regulated use for tracking the use of private aircraft and ensuring compliance with air and safety regulations.

In any case, it is important to bear in mind that signal monitoring is common practice and necessary to guarantee air safety and avoid collisions. However, it is necessary to take into account the privacy and safety of passengers and crew on board these aircraft when this information is shared inappropriately.

An amendment to the legislation on the privacy of this navigation data has been considered for some time now. For example, at ICAO Assembly 41 in August 2022, the Saudi Arabia representative presented “Agenda Item 31: Aviation Safety and Air Navigation Standardization. AUTOMATIC DEPENDENT SURVEILLANCE-BROADCAST SECURITY AND PRIVACY CONCERNS AND POSSIBLE SOLUTIONS”. This document sets out the concerns raised by the real-time tracking of certain flights via Internet platforms. It states that detailed ADS-B data is widely available and that there are no regional or global mechanisms to control and limit access to “private and sensitive” flights. The document suggests that ICAO could consider leading the development of “new provisions” for introducing measures to minimize the “dangers, risks and threats” related to the public exchange of flight data, including encryption of transmissions and the de-identification of content.

ADS-B data is transmitted in an unencrypted format that can be received and processed with “primitive” receivers, and the numbers of flight tracking websites that provide accurate details on aircraft operations are increasing. This information is supplemented by data on the origin, destination, flight plan and route, as well as aircraft registration numbers and photos. ADS-B transmitters cannot be deactivated easily, especially considering that the systems are usually coupled to collision avoidance systems and transponders. But the document suggests other options to reduce the availability of information to the public. Agreements with commercial platforms or Internet entities could mask flight and aircraft data from real-time tracking, but according to the document, this filtering would only be a “partial solution”. The messages have a 112-bit frame, and include the 24-bit addressing assigned to aircraft by ICAO, which is “static”, and as the document says, can be “easily used” to identify them, while aircraft privacy could be protected by means of dynamic 24-bit addressing. This dynamic allocation already exists partially in the United States, but is not easy to request or manage.

Military encryption is another possible option; this would restrict the data processing to authorized parties and limit the distribution of decryption keys. However, it would entail changing not only future transponders that are integrated into aircraft, but also all ground equipment that works correctly and is valid and easy to develop and maintain.

In any case, the ADS-B transponder is an essential piece of technology for the safety and efficiency of air traffic worldwide and allows the information gathered with other systems, such as primary and secondary radar and multilateration, to be improved.