Sustainable airports: Energy efficiency and the use of renewable energies 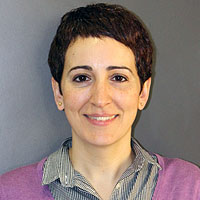 According to the International Energy Agency, world fossil fuel consumption (oil, coal and natural gas) currently stands at 80% of total production. This piece of data is relevant for two reasons: due to the fact that fossil fuels are limited and because they are an imported resource in many regions. A 57% increase in world energy consumption is forecast for the period between 2004 and 2030, largely due to the impact of emerging economies.

Furthermore, the increase in CO2 and greenhouse gas concentrations produced by fossil fuel consumption has to be taken into account, which exerts an influence on climate change. Although it is true there is a certain degree of natural variability in the climate, half of these effects are man-made according to the Intergovernmental Panel on Climate Change.

Denver International Airport generates 6% of its own electricity requirements sustainably.

All of the above means we seriously have to broach energy efficiency and savings measures, along with an increased use of renewable energies. Though all these energies require a significant initial investment, it is falling thanks to the adjustment seen in manufacturing costs in recent years. If we add the foreseeable rise in electricity prices to all this, the use of these energies will become increasingly competitive and our dependence on fossil fuels will decline.

Thus, if we had to implement the use of renewables, what better place is there than at airports, which are huge consumers of electricity? A quick trip around the world can illustrate some interesting proposals in this regard:

Our first stop is Germany, which has just a bit more than the half the sunlight than Spain (annual average of 2,970 Wh/m2/day compared to 4,820 Wh/m2/day) and features the use of significant photovoltaic facilities at airports. What examples are there of this? Düsseldorf International Airport obtains 2 MW of total installed power output from 8,400 photovoltaic panels. Terminal 2 at Munich Airport generates around 445,000 kWh per year, which is equivalent to the amount of energy needed by 155 homes.

Not very far away, Zurich Airport has around 5,000 solar panels in operation, which provide the terminal with 270,000 KWh of electricity per year. If we cross the Atlantic, we can find one of the largest solar farms in the USA at Denver International Airport. Its power output is about 8 MW and it generates around 7,000 MWh per year. This facility allows approximately 6% of the airport’s electricity needs to be covered.

Cogeneration is also of interest in these spaces, which are characterised by the continuous use of energy. This equipment’s return on investment is quick, while generating substantial energy savings. Barajas, Fiumicino, Toronto, JFK… The list of airports equipped with cogeneration facilities is extensive.

The trip comes to an end and we land in a place that is well known for extracting hydrocarbons: Abu Dhabi. Strange as it may seem, this emirate is investing heavily in renewables by taking advantage of its enormous solar potential. Proof of this was the inauguration of the Shams 1 plant in March 2013 , the world’s largest concentrated solar power (CSP) plant.

Abu Dhabi’s example places us face to face with a crucial facet of the world’s energy problem, which is none other than time itself. What is providing us with energy today is highly unlikely to do so in the future, and investments for tomorrow have to be planned today.

The rise in CO2, energy dependence, fossil fuel depletion or abrupt market fluctuations seem to be reasons enough to carry on investing in green energy. Whatever energy policy may be chosen, the next few years will be decisive in providing a response to the following question: will we be capable of bequeathing a more sustainable energy model to future generations?