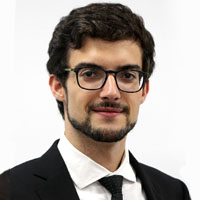 Airport terminals are complex structures. Unlike other buildings, the appropriate dimensions of the different spaces and rooms that make it up are generally unknown. For this reason, before starting the architectural design, a series of parameters that describe and quantify the needs the terminal must meet are calculated.

One of the most complex tasks when designing an airport terminal is to adapt it to the movement of passengers it will experience in the future.

For a passenger terminal, the most important parameter is Peak Hour Passengers (PHP). The definition of this concept is critical. Peak Hour Passengers refers to the number of passengers that are processed by the terminal at a particular time. It is a measure of the terminal’s capacity. There are many definitions of this concept, but they all have one thing in common: at specific times, the real passenger flow exceeds the PHP used in the design. If the maximum flow of passengers for the whole year were to be used in the airport design, then most of the time the processes would be oversized, and airport resources would therefore be wasted. This value seeks to meet demand with an adequate level of service most of the time. It is therefore expected that, at certain times, the terminal will exceed the design’s PHP, and suffer some congestion. During these times, the quality of the service as perceived by passengers will decrease. This would mean, for example, an increase in the length of queues. It is important to correctly analyse passenger flow throughout the year, in order for this occasional congestion to fall within an acceptable range.

The PHP value depends on how the concept is defined, and the calculation method used. Most of these methods are based on a list of the number of passengers that pass through the terminal hour by hour, over the course of at least one year. Flight history is usually used to obtain this information – that is, the commercial flights that have taken place in an airport during the study period. This information is processed in order to obtain the data sought. Once obtained, one of the methods described below are used to calculate PHP.

In the United Kingdom, the British Airport Authority uses the Standard Busy Rate (SBR), which corresponds to the 30th busiest hour in the study year. A similar variant is used in Paris airports, which use the 40th busiest hour. This method requires knowing the number of passengers per hour processed by the airport for all hours of the year. These are then ranked from highest to lowest, and the value at position 30 and 40 are chosen, respectively.

A variation on the Standard Busy Rate (SBR) is the Busy Hour Rate (BHR). This method aims for the design PHP to correspond to the 95th percentile of the PHP for all hours in the year.

The FAA (Federal Aviation Administration) in the United States uses a simpler method. It establishes a relationship between the typical peak hour and the annual number of passengers. In other words, a typical peak hour can be estimated from the number of annual passengers, and vice versa.

This procedure is then repeated until you get a starting PHP for each of the terminal’s processes. It is usually necessary to calculate PHP for both arrivals and departures, segregating by type of traffic (national and international), and even by airlines and alliances.

The PHP values obtained correspond to the passenger flow that has occurred in the past. The next step is to calculate the PHP that the terminal will demand in the future. To do this, you must use forecasting. Forecasting is a prediction that uses the airport’s historical information, as well as information about airlines and economic indicators, to predict the evolution of demand in the airport. It is a very interesting concept that deserves its own article in this blog.

By combining current PHP and forecasting results you can get a PHP for each process in the terminal in the future. With these data, it is possible to start calculating the size of each space and queue areas, as well as the resources that will be required in the terminal.