Passenger Rights: Which Airline to Choose? 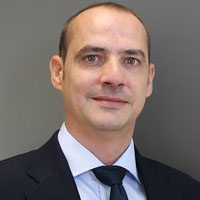 In 2004, Regulation (EC) 261/2004 of the European Parliament was published, protecting the rights of passengers travelling by air. This legislation protects passengers in the event of flight overbooking, delay or cancellation and, in general terms, states the following:

The regulations of the European Union in the field of the protection of the rights of the passenger are some of the strongest in the world.

(1) Community action in the field of air transport should aim, among other things, to ensure a high level of protection of passengers. In addition, it should fully take into account the requirements of consumer protection in general.

(2) Denials of boarding and cancellations or long flight delays cause serious trouble and inconvenience to passengers.

(4) Therefore, the Community must strengthen the common minimum standards of protection laid down by said Regulation in order to consolidate the rights of passengers and, at the same time, ensure that air carriers operate under harmonised conditions in a liberalised market.

The main compensation would be the following (although, in certain cases, it may be reduced by 50%):

Therefore, in the case of intra-Community flights, there is no differentiation between airlines. However, if you are going to travel outside of the European Union, it is important to know the nationality of the airline, since the compensation will change accordingly. Let’s use an example to better illustrate how this works.

A family decides to travel from Paris to Bangkok on a non-stop flight. On the outbound flight, regardless of the nationality of the airline that operates the flight, passengers are protected by Regulation 261/2004. However, on the return flight, from Bangkok to Paris, passengers would only be protected by the European regulation if the airline belongs to one of the Member States.

And what happens if the airline does not belong to a Member State? The rules corresponding to the country of origin would apply, and these are often less strict than in the European Union and even, in many cases, almost non-existent.

Therefore, the next time you buy a plane ticket, keep these points in mind if your flight is destined for an airport located outside the European Union.