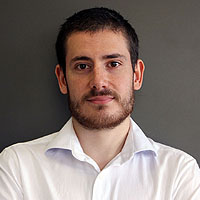 Finding a flight was a much more tiresome and complicated task not so long ago than it is today. Making a phone call or physically going to a point of sale were the only two possibilities. Travel agencies and airline counters were the only way to consult flights for those who needed to book a destination. The airlines were precisely the ones that fostered the introduction of information technologies in ticket sales management. The pioneer was American Airlines. At the beginning of the 1970s, it developed an operating system called SABRE in conjunction with IBM, one of the best known and oldest information technology companies. Its aim was to make the management of bookings easier. The benefits it offered were two-fold. One the one hand, efficiency was boosted and, on the other, more users could be reached. All this, however, did not include the product’s marketing to third parties. As a matter of fact, it was soon sold to be implemented at other airlines and travel agencies. Its scope was not only focused on flights, but also included hotel bookings and vehicle rentals.

A similar project was developed in Europe as a counterpoint at the end of the 1980s. It was promoted by several of the old continent’s leading airlines: Air France, Lufthansa, Scandinavian Airlines and Iberia. In this case, the project was called Amadeus and it once more had IBM as a technology partner. These technology solutions, SABRE and Amadeus, are only two of the most important global distribution systems, hereinafter referred to as “GDS”. At the same time as advances in information technology and the growing demand for flights took place, the GDS continued to expand and develop. By definition, a GDS is basically a macro‑network which manages transactions between airlines and agencies at a very high speed. It facilitates communication between agents and companies. In order to bring together this communication, the Airline Tariff Publishing Company (ATPCO) was founded. It is the companies’ main supplier of fares and timetables to intermediaries (initially the GDS). These systems are still a crucial nexus between travel agencies and airlines today. However, the technological revolution we have been undergoing for some time now means that new ways to explore the area of flight bookings have arisen.

Exploiting the potential offered by websites was inevitable – within the reach of the vast majority of flight purchasers – to make this action possible without the strictly needing to use GDS as the single point of access. A new way of providing a service offering greater autonomy and comfort became available for users with the appearance of travel agency websites. The end customer was now given the option of doing the formalities (hotel, flight, car rental, etc.) from home. This factor gave rise to the first OTA (online travel agencies) with the online channel as their only source of revenue. One of the most widely known pioneers was Expedia, which was promoted by Microsoft in 1996. The airlines soon joined in, offering their own web booking platforms. The American airline Southwest and the European airlines Ryanair and EasyJet were the first to commit themselves to web technologies in order to reach more customers. Low-cost airlines were initially more willing to open the doors to the Internet. Hence, there were already numerous agencies and airlines offering flights over the Internet in the first decade of the new millennium. This competition produced and still produces mutual benefits. On the one hand, customers can choose among several options, where before they would only know what they were offered by their trusted travel agency. On the other, the airlines themselves obtained a much broader market focus by opening themselves up to the Web.

This context, where there is so much to choose from, was the perfect environment for the appearance of a new concept: meta-search engines. Meta-search engines are search engines of search engines. They sift through all the agency or airline portals to which they are related and offer the user each provider’s prices on the same page. One of the pioneers was the now defunct FareChase. Soon, however, other websites were set up which highly popular today, like Skyscanner, Kayak o Momondo. Even the information technology giant Google began to break into this market niche with the appearance of Google Flights (1).

Each of these websites receives millions of queries a day and they have evolved to offer broader, more complete range of services. Though it does not concern us here, it should be noted that these portals not only offer flights, but also a whole range of other products related to trips, like hotels, car rentals, booking activities and even insurance. The Internet presence of many of them is not reduced to only the website itself. It extends to mechanisms geared at third parties, like advertising from other websites and the assignment of services to external users. Skyscanner, for instance, provides the developers of other products with the use of its API (2) (Application Programming Interface), so they can use the services the company has to offer from other platforms.

The target of all these search and flight booking companies could not leave aside the smartphone boom. The use of mobile devices equipped with Internet access is growing at an unstoppable rate. It is therefore essential for companies to have a good app to reach the end user. The trend of smartphone usage to search for and book flights is clearly rising. A recent survey (3) concluded that Spain was the third-ranked country in smartphone usage growth. Another study conducted in the United States estimated that the use of mobile phones as a tool to manage flights would already be ranked first in 2016 (4) among users who make digital bookings. Thus, the massive irruption of information technology in our lives, along with the boom in mobile applications seen in recent years have led to an unsuspected ease in the process of searching for and booking flights. The future looks promising and the aeronautical industry – represented in this case by the airlines – has to be aware of the utmost importance of being highly visible in the area of the information technologies. This gives rise to several paths to follow, which are complementary at times:

Aside from the aforementioned measures, a key cross-cutting factor affecting all stakeholders in booking mechanisms is to foster technology. As has been evident for some time now in this interconnected world, the present and future of flight formalities will be geared at including the IT sector’s development, which is constantly moving forward. The initiatives in this area do not solely pertain to airlines. Flight search companies are also investing in new data centres and developing new techniques to help them stand out in such a competitive segment. This is the case of Skyscanner, which sought new solutions to scale up its constant growth with the information technology company DELL (10). It should not be forgotten that there is a huge amount of information that needs to be processed properly at very high speed beneath the tip of the iceberg represented by search and booking portals. This is where the term “big data” comes into play, which in general terms means analysing and exploiting the data stored over time to convert it into useful knowledge. The power of this information being properly managed can help a company increase its profits drastically and the importance of investing in research results from this fact.

The present us is already showing the way as far as search and booking formalities are concerned. Regardless of the speed of communications, the proper handling of big data techniques has given rise to concepts which were unthinkable just a short while ago. Several platforms like Kayak (11) or Skyscanner (12) are now offering us advice on when the best moment to make a booking is. That is to say, we can now be aware of the future price scenario to make a decision on whether to wait or take a chance in order to save on the final payment. There is a huge amount of historical information to be analysed underlying this technique known as Crystal Ball. These systems are able to predict the future with a great deal of accuracy through the use of predictive algorithms and the analysis of behaviour patterns that are repeated over time. Going one step further, the option of blocking a ticket price before making the final booking is becoming a possibility on the new FLYR platform. Amadeus has made a strong commitment to it. This links up with another factor that reveals the future of search and booking mechanisms. GDS could be left out in the cold in the near future due to the increasing autonomy of airline companies and their direct relationship with the user without strictly needing agencies. The importance of the agreements and investments like the ones made by the European GDS and FLYR is a result of this (8).

To sum up, customers have at their disposal a privileged environment in which to make flight searches and bookings, and increasingly so from their smartphones. If to this we add the advantages provided by time and paperwork savings, like online check-in and the possibility of knowing not only “where” and “how much” but also “when” and the corresponding savings, the scenario is highly promising for the coming years. For their part, the companies involved in this framework, be they airlines, meta-search engines, OTAs or GDS, have to continue taking decisions that are increasingly closer to the information technologies in order to benefit from the large-scale symbiosis offered by this highly globalized environment.