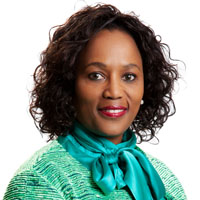 Boasting a very rich history, O.R. Tambo International Airport, the biggest and busiest airport in Africa, is situated in Ekurhuleni in South Africa’s economic capital, Gauteng. This last financial year alone, approximately 21 million passengers passed through this aviation gateway into Africa, making it by far the most prominent and vital entry point into the country. From its humble beginnings in 1952, the airport has undergone two name changes from Jan Smuts Airport to Johannesburg International in 1994. It was renamed O.R. Tambo International Airport on 27 October 2006, after the late freedom stalwart, Oliver Reginald Tambo.

Building strong relationships with both national and international brands is imperative to the airport’s success.

The airport services airlines from five continents and plays a vital role in serving the local, regional air transport needs of South African and international travellers. This transport hub boasts key elements required for a world-class airport business: location, accessibility and connectivity. It is ideally situated in the heart of South Africa’s commercial and industrial hub, with excellent road infrastructure, linking it to the national road network.

South Africa’s struggle with apartheid meant that the airport endured a tough time in the 1980s when many countries stopped trading with the country. Sanctions meant that South African Airways were refused rights to fly over most African countries forcing them to fly around the “bulge” of Africa. This required specifically modified aircraft like the Boeing 747SP until sanctions were lifted.

“An aerotropolis is not merely having an airport at the centre of economic activity, boosting aeronautical and non-aeronautical revenue streams, but rather to create value and increased sustainable, long-term growth for the company and our stakeholders, within a 20 km radius around our airports,” says Pityi.

“We believe that by 2025, our airports will play a key role in shaping the cities and regions they serve, developing and integrating places where people will live, learn, work and play. Central and West African airports offer less distance for global transport and cargo travel for logistics businesses and passengers.

“In this regard the implementation of Airports Company South Africa’s Vision 2025, is critical. This vision seeks to ensure that we effectively run airports, develop airports and grow our footprint (through Business Development).”

Although positioned geographically far lower on the continent, the company believes that focused application of the aerotropolis concept in South Africa will attract business and make its airports preferable (due to facilities such as cargo storage and multimodal transport options), providing the best value in line with global value chain trends.

Working hand in hand with the Ekurhuleni Municipality, the upgrade of the airport and its facilities should enhance economic growth, reduce the cost of business, improve skills development, further integrate the public transport network, contribute positively to integrated spatial planning, as well as improve logistics networks and handling.

A main focus area for O.R. Tambo International Airport is cargo and logistics development in order to secure further courier and logistics-based business. “In close co-operation with the city of Ekurhuleni and the Gauteng Province, we plan to further develop the Midfield cargo facilities,” says Pityi.

So who is Bongiwe Pityi, the woman who leads the continent’s busiest airport?

Having served 17 years within Airports Company South Africa, Bongiwe Pityi is a leader of approximately 1200 direct employees based at the Airport. An additional 35,000 people also work at the airport, however they are employed by the myriad of service providers operating out of the airport. These include retail outlets, airlines, ground handlers, to mention but a few.

In 2014, she became the first woman to manage an airport in Africa. Having successfully undertaken several different roles including Assistant General Manager and Project Leader, Pityi combined her industry knowledge and Law degree to take on a critical role at Guarulhos International Airport in São Paulo, Brazil. There she was Assistant Director: Airport Operations in the crucial period leading up to the 2014 FIFA World Cup in Brazil.

Upon returning to South Africa in 2014, Pityi was appointed General Manager of O.R. Tambo International Airport, where she is responsible for its stakeholder management (including airlines, government agencies, ground handlers and concessionaires) and ensuring that there is strict compliance of all regulations in the management of facilitators and aviation safety.

After practising as an attorney for five years before joining the aviation industry, Pityi believes that her legal training equips her with an appreciation of the prevailing laws and regulations currently, which is highly relevant in her current role.

PROCUREMENT AND THE ECONOMY

A strategic objective of Airports Company South Africa, is to raise the portion of non-tariff revenue to 55% of total revenue by 2020. Non-tariff revenue includes airport retail space, parking, advertising and property, car rentals and other ancillary services.

For Airports Company South Africa, procurement from suitably qualified black-owned and black-run enterprises is essential in contributing to the transformation of the historically white-dominated economy.

“It also demonstrates that the company’s transformation policy is benefiting as broad a base of people as possible, rather than awarding contracts to similar faces every time contracts are up for re-bid.”

Airports Company South Africa awarded 44 retail contracts to the value of R210 million in the 2016 financial year. The company has fostered the emergence and development of 1107 small, medium and larger companies through its procurement practices in the last financial year.

At O.R. Tambo International Airport, building strong relationships with both national and international brands is imperative to the airport’s success. This is notable in the varied offerings of the 170 retail companies operating at the airport.

O.R. Tambo fully subscribes to the IATA Fast Travel concept and has successfully completed its self-bag drop trials which will be rolled out to passengers as soon as approval is given from the South African Civil Aviation Authority (SACAA).

In November 2016, the airport was the first in Africa to implement the Smart Security checkpoint that will digitise the security check process, speed up passenger progress through security and further enhance security through use of state-of-the-art scanners.

The pilot implementation phase of the Smart Security system was recently completed and its performance is currently being evaluated. The new checkpoint includes a new conveyor system for checking hand luggage and new scanning booth for individual passengers. With the new system there will almost be no need for physical pat-downs of passengers who set off security alarms because the scanning technology is more effective at detecting objects that should not be carried on or around the person. There will also be less frequent requirements for laptops to be removed from bags and switched on.

So how will advancing technology help the airport to improve?

“These include customer-facing digital projects as well as ensuring that back-end systems are ready for the challenges posed by digital transformation. In practical terms, this means providing a seamless experience for people using the airports. This means you should be able to buy your ticket at home, book your parking, drop your bag through a self-service mechanism and walk on the aircraft with as little contact as possible.”

O.R. Tambo International Airport is one of four South African airports that have been awarded Airport Carbon Accreditation (ACA), in line with a key strategic objective of Airports Company South Africa to enhance sustainability and reduce its environmental impact.

Achieving Level 1 ACA accreditation is an important milestone on the journey to becoming carbon neutral. It is the company’s goal for all of its nine airports achieve an Airport Carbon Accreditation rating and we continue to strive to reduce the impact of operations on the environment.

O.R. Tambo International Airport remains focused on providing an enjoyable, seamless experience to passengers travelling to or from the airport. Its record of high customer ratings in independent surveys ranks the airport alongside global airports. Promoting South Africa as a tourism destination is also a priority, and the airport works with its partners to do so.

“Customers across virtually all age and demographic profiles are increasingly sophisticated and comfortable with digital technology to the extent that they expect – even demand, the most seamless technology experience possible,” says Pityi.

Despite the tough economic conditions in South Africa, O.R. Tambo International Airport has managed to uphold its reputation as the premier gateway to Africa which is both profitable and forward-thinking. Under the strong leadership of Bongiwe Pityi, it continues to thrive as it looks to achieve its 2025 goals.