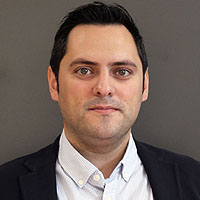 The previous post “New security measures at european airports”  we talked about the changes being introduced by new Regulation 2015/187, and how they are aimed at simplifying the process of passing through security control, provided that the airports have suitable detection equipment.

After a more detailed analysis of the new regulation, we can see that it is not an easy regulation to understand, as there are certain inconsistencies and grey areas in the nomenclature used for the standards with which EDS must comply.

Briefly, the European Civil Aviation Conference, (ECAC), according to its Common Evaluation Process (CEP) for Security Equipment, classifies EDS and LEDS according to their performance in 3 standards (or “normas” in Spanish and “norme” in French): standard 1, standard 2 and standard 3.

Type A
The LEDS screens individual containers and needs to be opened to take a sample.

Type B
The LEDS screens individual containers and does not need to be opened to take samples (the original seal remains intact). Containers of LAGs must be taken out of the luggage.

Type C
The LEDS screens multiple containers and does not need to be opened to take samples (the original seal remains intact). Containers of LAGs must be taken out of the luggage.

Type D+
In addition to operation Type D, the LEDS is capable of screening containers of LAGs as well as complex electronic devices such as laptop computers inside the luggage.

On the following link you can view all of the EDS and LEDS that comply with the ECAC performance standards as of February 2015: https://www.ecac-ceac.org//activities/security/cep_of_security_equipment

Returning to new Regulation 2015/187, this states that EDS used to screen hand luggage must comply with standards C1, C2 or C3:

And this is where the first questions arise, as this nomenclature appears for the first time in this regulation. In the previous Regulation, 185/2010, and in the subsequent regulations that amended it, and on the list of systems certified by the ECAC, the standards are simply referred to as standards 1, 2 and 3 respectively, without including any letter.

Therefore, to what standards is Regulation 2015/187 referring exactly? We might assume that the regulation means that the EDS will be type C and either standards 1, 2 or 3 will be applicable. However, this raises more doubts, because with operation type C it is possible to screen LAGs in several containers, as long as they are taken out of the luggage, irrespective of the LEDS standard; however, the new regulation refers to type C for electronic devices and only mentions screening LAGs for systems that comply with standard C3.

Furthermore, the wording of point 12.4.2.9 seems to indicate that electronic devices and LAGs can remain inside the luggage, so it would be necessary to have type D+ LEDS, and not C3 as indicated in the regulation.

All of this leads us to suppose that they will soon have to amend or further clarify this regulation, which seems to have been drafted in a rush, without stopping to check all of the previous regulations.

Link to the standard in French and English