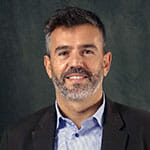 A wearable is a body computer or a computer that can be put on. For a device to be considered as such, it has to meet two criteria: it can be worn for a long period and increases the user’s experience, and it should include its own circuitry with wireless connectivity and be equipped with independent processing capacity.

Though it is a notion that has been under discussion for several decades, the term “wearable”, however, does not suggest anything at all to many mortals. Many others have begun to hear about it relatively recently. It is old hat for the geek community, however. Wearables will become as common as smartphones or tablets in the near future.

The truth of the matter is that there are companies which have been working in this field for many years. Considerable advances can already be seen in industry, where there are intelligent factories and logistics centres with workers making use of HUD technology (Heads-Up Display), or in the military sphere with the United States’ FFW (Future Force Warrior), to cite just two of many examples.

There have also been advances in the airport industry, particularly in airport operations. Copenhagen Airport has recently started testing HUD technology glasses for its customer service staff, allowing them to communicate amongst themselves to attend clients in many languages. These glasses are also used as a tool to query databases to answer passengers’ queries in real time while staff members talk to them.

As for the history of these devices, some very rudimentary protocols began to take form in the 1980s, which were very sophisticated at the time. They were used to test the concept and nothing else.

In the 1990s, some computer watches and glasses that played around with augmented reality appeared. These glasses superimposed a virtual world onto our vision. The market continued to reject this kind of devices due to their cost and showy appearance.

Mobile telephony entered our lives in the first decade of the new century and seemed set to remain there for a long time. Large manufacturers and telephony operators then entered into a fratricidal battle in an effort to gain market share, thereby launching technological development focused on telephony and telecommunications. The coolest thing then was having the smallest terminal. Wearables were attempting to emerge, but timidly and without success, through devices like mobile-watches. Manufacturers had to keep trying.

Today technological development has allowed mobile terminals to be equipped with far more power than the power advanced PCs could muster five or ten years ago. Mobile devices now come equipped resolutions that cannot be appreciated by the human eye, accelerometers, gyroscopes, barometers, fingerprint and proximity sensors, GPS, Wi-Fi, 4G, NFC, RFID, etc., and the list goes on. Curiously enough, it is now cooler to have a phablet that can connect to everything, and the bigger the better.

But, where do wearables stand today?

Mass consumption today is still focused around smartphones and seems set to continue this way into the future, be it through bracelet devices equipped with sensors or in the form of glasses, rings and a myriad other forms that allow us to check our weight, our vital signs, our movements, etc. For the time being, wearables complement smartphones, basically because wearables need them. They need their power, connectivity and interface.

It is difficult to guess what the future holds for these devices, though I believe they are losing out. Perhaps the gurus already know something, while they play around with us.

In the meantime, until technology allows us to concentrate all the power of a smartphone in a screw and the prices of these devices fall, wearables will continue to depend on smartphones.

Then, perhaps, the airport industry, airlines and airport services companies will take the plunge and imagine boosting and standardising the use of these devices to improve the user experience through intelligent intra-epidermal boarding passes, augmented reality signage or personalised PA systems.

The main industry players are working on creating wearables that can be worn with style, pride and distinction; in other words, items that can be desired. They are working on items to fill a lack of technology or a need. I think all of us would like to tinker around with a pair of Google Glasses, but I am not so sure that so many of us would be willing to go to work with them and wear them all day long. That is why these firms are recruiting fashion professionals, as Apple has done with Tag Heuer and Google has done with Ray Ban and Oakley, for example.

Until the day comes when the power of a smartphone can fit into a screw and any pair of glasses can include as many as or more capabilities than Google Glasses in a discreet way, I do not think we will see an ordinary passenger asking for flight information or finding his/her way to the boarding gate or recommended shopping or leisure area by means of devices like these. This is a world that is just beginning. Let’s give it time. It is still in the womb.

In the meantime, we can always download an app.