Kansai International Airport in Japan was inaugurated in 1994. It is one of the most impressive airports one can visit anywhere in the world. Its aim was and continues to be to service the region carrying its name, where three of Japan’s main cities are located: Osaka, Kyoto and Kobe.

When the new airport was opened, all its figures were record-breaking. It was built on an artificial island measuring 4 kilometres long and 2.5 km wide, which was designed to withstand any natural hazard, particularly tsunamis and typhoons. Three mountains were excavated to extract the 21 million cubic metres of earth needed for an island of this size. More than 10 million working hours were dedicated to its construction. The terminal, designed by Renzo Piano, is the longest in the world and measures 1.7 km long. 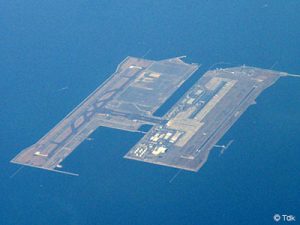 Nonetheless, the most significant and most incredible record is that not a single piece of luggage has been lost at the airport since it was inaugurated on 4 September 1994. In other words, 21 years in a row. This feat is due to several factors. Among these, the careful design of work areas should be singled out, which were conceived right from the start to optimise ground services. We should take into account that everything, ranging from the land it occupies to the last construction detail, is newly built and especially designed to host an airport and all its services.

However, according to the airport authorities, the real secret lies in the design and performance of carefully conceived baggage handling protocols, where traceability prevails for any kind of luggage, large or small, entrusted to the airport’s handling. 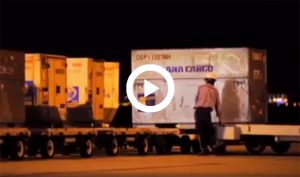 This fact has been the key factor for users from around the world choosing it as the world’s best airport with regard to baggage handling. It is regularly ranked at the top of the list published on an annual basis by the public consultancy Skytrax. It is followed, in this order, by Hong Kong, Singapore Changi, Taiwan Taoyuan, Seoul Inchon, Tokyo Haneda, Copenhagen, Munich, Zurich and Tokyo Narita airports.

But none of them has managed not to lose a single suitcase, a feat that Kansai has indeed been achieving since 1994.